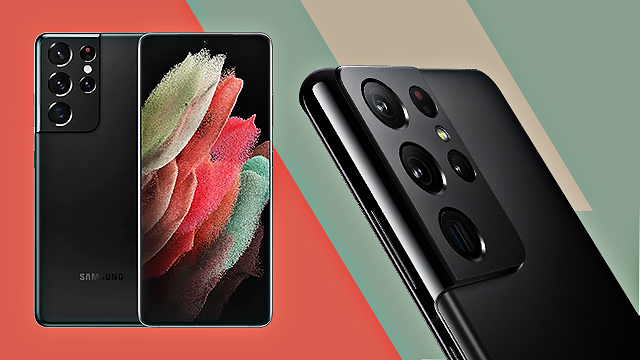 What to Expect From the Samsung Galaxy S22 Series

According to tech insiders.

(SPOT.ph) In mid-January, Samsung unveiled the Galaxy S21 smartphone series along with the Galaxy Buds Pro. It seems like just yesterday that the tech giant was introducing us to the various models in that lineup and yet, there's already more to look forward to because the Galaxy S22 series is right around the corner! No official word yet on the specs and features of Samsung's upcoming flagship smartphones, but you already know that the tech world loves to speculate. Below, we list everything insiders and gadget leakers are expecting from the Samsung Galaxy S22 series.

Here's what to expect from the Samsung Galaxy S22 series, according to tech experts:

The Galaxy S21 series was first made available in the Philippines on January 29 and it looks like the S22 may be following suit with Tom's Guide predicting a release on the exact same day in 2022. Gadgets Now, on the other hand, reports a January 31 release in India while TechRadar goes for a safer guess, noting a launch date in "maybe January." What a way to start 2022!

Following in its predecessor’s footsteps, the Galaxy S22 series will likely include three models: The S22, the S22+, and the S22 Ultra with the largest of the three sporting a 6.8-inch display much like the S21 Ultra. Gadgets Now predicts a 5,000 mAh battery and 12 GB RAM for the S22 Ultra, identical to the previous S Ultra model. Leaker Mauri QHD claims that thinner designs will be seen across the board for the S22 series, though Tom’s Guide notes that this may result in smaller batteries, so we'll have to wait and see.

“The Samsung Galaxy S22 Ultra could be a boring upgrade,” says TechRadar, particularly because of the possible camera updates. They cite GalaxyClub’s report, which claims that the camera hardware may be similar to that of the previous model at least on the largest smartphone in the series, which typically has the most premium features. That means a 108-megapizel main sensor, a 12-megapixel ultra-wide lens, a 10-megapixel periscope lens, and a 10-megapixel telephoto lens. Gadgets Now backs up this claim, reporting similar camera specs.

However, experts have yet to agree on the S22 Ultra’s possible camera setup. In late June, graphic designer Technizo Concept released unofficial renders of the smartphone’s camera setup showing one huge camera lens up top unlike the previous iteration, which had its three largest lenses in the same size. According to Tom’s Guide, it’s rumored that the largest lens on the S22 Ultra was made in partnership with Japanese camera brand Olympus and will boast a whopping 200 megapixels. Let that sink in. We’re crossing our fingers that the latter prediction will be the one that comes true!

According to TechRadar, the S22 range will likely have around the same prices as its predecessor. In the Philippines, the S21 had a starting price of P49,990 while the S21+ started at P57,990 and the S21 Ultra started at P69,990 with each model’s lowest memory capacity at 256 GB. If the leaks are to be believed, then expect similar pricing for the Galaxy S22, S22+, and S22 Ultra.

Samsung Samsung Galaxy S22 Series Shopping Smartphones Savvy Adventurer Seasoned Staying In Topspot Shopping Gadgets Samsung Leaks
Your Guide to Thriving in This Strange New World
Staying
In? What to watch, what to eat, and where to shop from home
OR
Heading
Out? What you need to know to stay safe when heading out