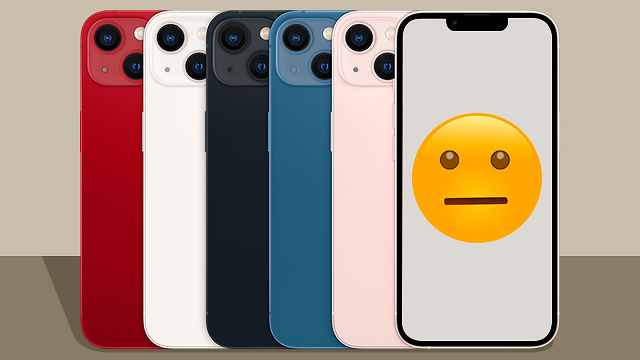 Apple Users Are Kind of Underwhelmed by the iPhone 13 Series, According to This Survey

(SPOT.ph) In mid-September, Apple officially launched their highly anticipated iPhone 13 series. In the months leading up to the big reveal, folks seemed pretty excited for the tech giant’s latest line of flagship smartphones—everyone from casual gadget geeks to tech insiders was keeping a close eye on all the rumors surrounding the device. However, it looks like they may have changed their tune following the phone’s release. According to a survey conducted by SellCell, an e-commerce website known for comparing the prices and specs of leading smartphones, nearly half of Apple users included in the survey considered the iPhone 13 series to be "not at all exciting."

SellCell collected survey responses from over 5,000 iPhone users aged 18 and above who own older smartphone models from Apple. The results show that only a minority considered the iPhone 13 series to be an exciting release with 6.3% or 317 people marking it as "extremely exciting" and 8.1% or 407 people calling it "very exciting." A little over a thousand people were lukewarm stating that it was "somewhat exciting." However, 17.2% or 863 people called the series "not very exciting" while the majority of the survey takers, amounting to 2,351 people or 46.9% said it was "not at all exciting." SellCell notes that purchase intent dropped down significantly compared to a pre-launch survey, which showed that about 44% of Apple users were planning to upgrade to the iPhone 13. Following the release of the series, only about 23.2% of Apple users in the survey intended to upgrade.

When asked the main reason they would want to upgrade their current smartphone to the iPhone 13, the majority of those surveyed answered the 120Hz ProMotion display, which is only available on the Pro and Pro Max models. This is despite the fact that Apple has been more heavily promoting the iPhone 13 series' upgraded camera features, A15 Bionic chip, and expanded storage space that goes up to 1TB.

The second most popular reason for making the switch was longer battery life while third was "no particular reason; just due for an upgrade." This result goes along with a previous SellCell survey, which showed that most people trading in their phones for an iPhone 13 are iPhone 11 users. The iPhone 11 series was launched in 2019 and with 24-month cellphone contracts being commonplace these days, a bi-annual switch may be a no-brainer for those who like to constantly upgrade. Of those not upgrading to the iPhone 13, 36.3% said they would instead wait for the iPhone 14.

Gadgets Savvy Adventurer Seasoned Shopping Staying In Topspot Shopping Survey Iphone 13 Apple Iphone Smartphones Sellcell
Your Guide to Thriving in This Strange New World
Staying
In? What to watch, what to eat, and where to shop from home
OR
Heading
Out? What you need to know to stay safe when heading out