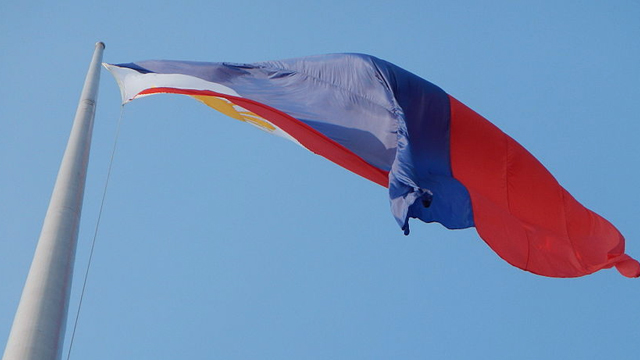 It's going to be held at the Philippines' tallest flagpole!

(SPOT.ph) Do you know where the Philippines’ tallest flagpole is located? The Independence Flagpole, as it is called, stands at 105 feet near the Rizal Monument in Rizal Park, Manila. In an effort to celebrate the symbol of our independence, a monthly flag-raising ceremony was initiated in October; for December, the ceremony will double as a tribute to the late Carlos Celdran. It is happening on December 2 at 8 a.m.

Celdran, lauded as one of Manila's respected cultural proponents, started his walking tours with the National Anthem of the Philippines. You would also see him holding a small Philippine flag for the rest of the tour around Intramuros. So it is only proper that the Stop and Salute Monthly Flag Ceremony in December, which is in the same month as Rizal Day (December), will honor his memory.

Viva Manila joins Salute to a Clean Flag Movement and the National Parks Development Committee in organizing this occasion.

The Stop and Salute Monthly Flag Ceremony: A Tribute to Carlos Celdran is on December 2, 8 a.m. at Independence Flag Pole, Rizal Park, Manila. It is open to the public.