Queen's We Will Rock You Musical Comes to Manila in October
Loading
Already a member? Log in
No account yet? Create Account
Spot.ph is your one-stop urban lifestyle guide to the best of Manila. 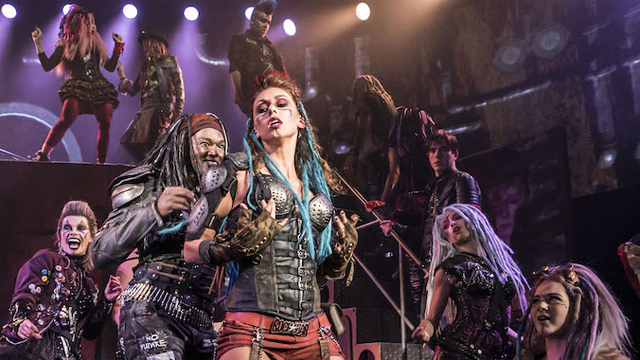 It's Official: Queen’s We Will Rock You Musical Is Coming to the Philippines

Tickets go on sale on June 6.

(SPOT.ph) After a teaser post on May 23, GMG Productions and Selladoor Worldwide finally announced that the global hit We Will Rock You is really coming to the Philippines on October 27. It's set to be staged at the newly constructed Samsung Performing Arts Theater at Circuit Makati in Makati City. Tickets go on sale on June 6.

We Will Rock You is going to be the first international production making its way to our shores after a two-year hiatus in Philippine theater amid COVID-19 restrictions. It can be remembered that the Manila leg of Matilda's international tour was cut right in the middle of its run when the pandemic hit in March 2020.

"The original production has been seen by over 16 million people worldwide. We can’t think of a better title to come back with after such a long intermission—and there is no better place to launch the show than the Philippines. We know Filipino audiences love Queen and Queen music," shares GMG Productions CEO and We Will Rock You producer Carlos Candal.

We Will Rock You musical, which features Queen's songs in the backdrop of a fictional plot by Ben Elton, tells the story of a group of Bohemians living for free thought, no-holds-barred fashion sense, and all-original live music in a futuristic setting where rock-and-roll doesn't exist. It features 24 of Queen's smash hits, including Killer Queen, Under Pressure, We Are the Champions, Radio Ga Ga, I Want to Break Free, Don’t Stop Me Now Bohemian Rhapsody, Another One Bites the Dust, and We Will Rock You.

The production directed and choreographed by Olivier Award nominee Nick Winston is set to go on a multi-year international tour, where the Manila audience is among the first in the world to see it. The set and video backdrop are by Tom Rogers, while the costumes are by Sarah Mercade.

"We are incredibly excited to premiere the show in Manila and for us to play host to all the international producers visiting from around the world." Mr. Candal continues, "…we want to put the Philippines on the map as a hub for theatrical productions. We know the Philippines has the talent and now we are spoilt for choice when it comes to venues! It feels like things are falling into place."