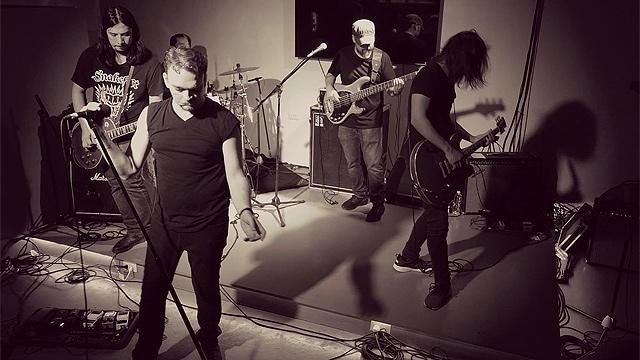 Is a Wolfgang Rock Musical in the Works?

Basti Artadi reveals the news in an interview.

(SPOT.ph) With the Philippines' award-winning repertoire of songs and the number of talented musicians, it doesn't come as a surprise that local composers and librettists have turned to Original Pilipino Music as inspiration for musicals. Just in the last decade, we had Sa Wakas (based on songs by Sugarfree), Rak of Aegis (based on songs by Aegis), 3 Stars and a Sun (based on songs by Francis Magalona), Eto Na! Musikal nAPO! (based on songs by Apo Hiking Society), and Ang Huling El Bimbo (based on songs by Eraserheads). It looks like another rock musical will soon be added to this lineup as rock star Basti Artadi revealed in a GMA News interview on June 20 that he's "working on a musical based on the songs of Wolfgang."

Also read: These Spectacular Movies and Musicals Were Inspired by Celebrated Filipino Artists

The Wolfgang vocalist narrated that when he wrote for his band's third full-length studio album, Wurm, he was inspired by Tommy, which is a rock opera with songs by The Who. Back then, however, rock musical "wasn't in fashion." Until today. Artadi is involved in the writing of the musical as its librettist and is working closely with theater artist Nelsito Gomez, whom he hopes will be the show's director.

"It’s a well-established story but I don’t want to give that yet. If only I can get some money man… [...] We already have the concept, the story. Nothing is really finished until it’s done. We’re still in that stage where it’s organic," Artadi added in the interview.

Gomez also confirmed this revelation through an Instagram story where he said "cat's out of the bag" with a screencap of Artadi's quote.

Artadi is currently starring in Fermata, a one-act play written by Dustin Celestino and directed by Guelan Luarca. It is part of The Virgin Labfest, which has been mounting "untried, untested, [and] unstaged" one-act plays at the Cultural Center of the Philippines' Studio Theater (a.k.a. Tanghalang Huseng Batute) since 2015. The Virgin Labfest 2022 is currently live at Tanghalang Huseng Batute until June 26 with online streaming from June 30 to July 10.

While this is the rock star's first straight play (and first play in Filipino, at that), he has previously starred in full-length musicals in English: the 2001 production of Jesus Christ Superstar and the 2016 production of American Idiot.