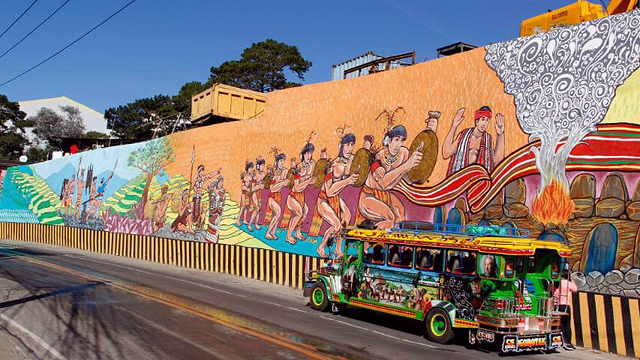 (SPOT.ph) Since 2004, the United Nations Educational, Scientific, and Cultural Organization has been on the lookout for places to be declared as "Creative Cities," or places that use "creativity [as] a lever for urban development." Right now, there are 246 "Creative Cities" around the world, one of which is Baguio. And it's celebrating its second edition of Ibagiw Festival from November 16 to 24 at the Baguio Heritage Hill and Nature Park. (Yes, the site of the infamous Diplomat Hotel.)

Baguio City was designated as a “Creative City of Crafts and Folk Art” by the United Nations Educational, Scientific, and Cultural Organization (UNESCO) in 2017. It was cited for its "artistic culture [that] ranges from crafts and folk art expressions to woodcarving, silver craft, weaving and tattooing." It's also popular for the Panagbenga Flower Festival, which is a testament to the creativity of artisans from different groups in Baguio City.

After its declaration as a Creative City, Baguio launched its first Creative Arts Festival in 2018. For 2019, the Creative Arts Festival became known as the Ibagiw Festival from the word bagiw (or moss), which once grew abundantly along the banks of the Bued River in the Cordilleras. Ibagiw, in effect, means someone or something that is from or of Baguio. It's a fitting name for a celebration that showcases creations from the city.

Festival highlights include Made in Baguio, which is an exhibition of crafts and folk art; Re-Imagining Baguio, which includes exhibition of installations, mural-making, and short films screening; Ibagiw: Culture Bearers of Baguio, which showcases portraitures of Baguio's artists and artisans; and Jamming on a G-String, which is a fashion show and live concert on November 22 at 7 p.m. Guests can also check out side events, such as a bazaar of artisan products, forums, artist talks, and workshops.

Cebu City in November 2019 was declared as a Creative City of Design, one of UNESCO's seven categories for the Creative Cities Network. It is the second Philippine city after Baguio to get the recognition. Iloilo City, according to Business World, is in the running for the UNESCO Creative City tag, specifically the food category.