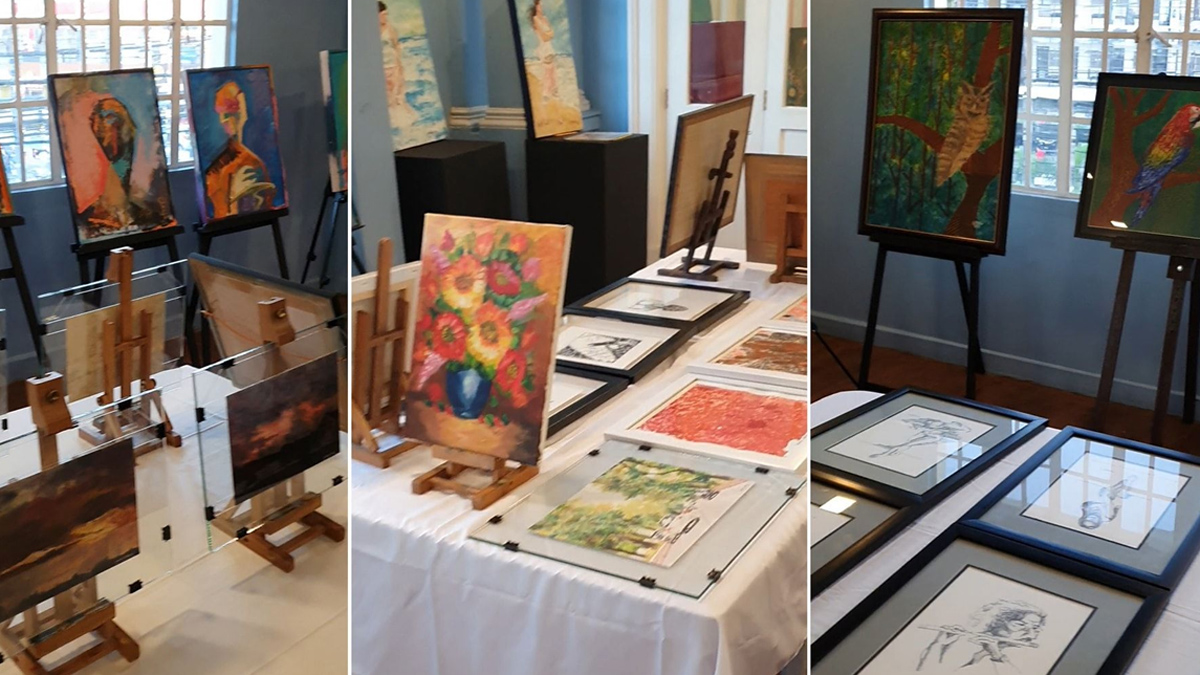 Check out the local talent!

(SPOT.ph) While the recently concluded ALT Philippines and upcoming Art Fair Philippines are keeping our February busy, a group of Pasigueño artists are also making waves in their city. Pasig city mayor Vico Sotto, in a Facebook post, promoted the upcoming relaunch of the Pasig City Museum and the opening of their very own "Art Fair to Remember." The exhibit runs until March 5.

"Nung nagsimula ang term nung Hulyo, halos walang laman ang Pasig City Museum. While we are finishing research and planning of its grand relaunching, we want to maximize the space we have," revealed Sotto. For now, they're celebrating National Arts Month with a showcase of works by the Pasig Art Club. The month-long exhibition also features sketching sessions, calligraphy workshops, and a food bazaar.

Sotto, on February 17, also graced the ribbon-cutting and unveiling of mural paintings by the arts and design students of Rizal High School. "Ang sarap tingnan na imbis na mukha ng pulitiko, artwork ng mga kabataan ang nakikita natin," he said in his post. He also announced that a scholarship for arts and design students will be available through the Pasig City Scholarship Program in June.

Pasig City is home to a number of artists that helped shape the Philippine art scene, including stained-glass painter Cenon M. River, who created panels for Mt. Samat Memorial Shrine in Bataan and murals for the Shrine of Santo Niño in Cebu; painter and art critic Rod Paras-Perez, who is known for his woodcut prints; and sculptor Ambrosio Morales, whose earliest known sculpture was the bust of Valentin Cruz—president of Katipunan's chapter in Barrio Pulo, Pasig.

Pasig Vico Sotto Adventurer Savvy Art
Your Guide to Thriving in This Strange New World
Staying
In? What to watch, what to eat, and where to shop from home
OR
Heading
Out? What you need to know to stay safe when heading out