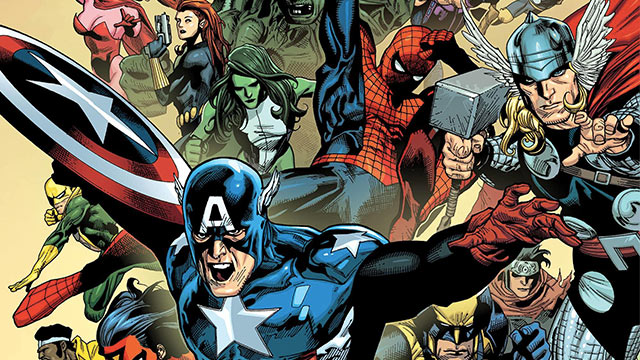 The Pinoy artist worked on some of your fave Marvel titles.

(SPOT.ph) The Marvel Cinematic Universe is filled with vibrant characters and unique heroes. You might have fallen in love with the Marvel films released over the years (like the epic Avengers: Endgame), but before these superheroes starred in movies, they first appeared on the pages of comic books. Much like films, countless people at Marvel Comics put in the work to turn ideas into physical pages you can flip through. One of them was Filipino comic-book artist Gerry Alanguilan, who passed away on December 21, 2019, and Marvel honored the late artist and his work on the official Marvel website.

Before venturing to the U.S. to work on English comic books for Image Comics and Marvel Comics, he first made waves in the Philippines with the alias Komikero, and later gained international fame through his graphic novels Wasted and Elmer, which feature Filipino characters and satirize racism. Aside from his work on graphic novels and comics, he went viral in 2009 for jokingly making creepy smiling faces at his webcam in a video titled "Hey, Baby."

Alanguilan was best known as an artist and an inker, whose job includes going over pencil lines in ink either manually or digitally, to breathe life into Marvel characters. He worked with key figures in the comic-book industry including Filipino-American artist and Image Comics co-founder Whilce Portacio. He also worked with fellow Filipino artist Leinil Francis Yu and British comic-book writer Warren Ellis on Wolverine in 1998. In 2000, he worked on reviving the X-books under Image Comics.

2010 marked his return to Marvel Comics, where he got to work on Mark Millar's books Ultimate Avengers and Superior. In 2011, Alanguilan helped in the "Death of Spider-Man" crossover in the Ultimate Universe. This project is considered historic, as it leads to the death of Peter Parker, and introduces Miles Morales as the new Spider-Man.

In 2013 he worked on Indestructable Hulk, written by Mark Waid. Later in the year, he contributed to Jonathan Hickman's Avengers stories.

His most recent projects were Avengers & X-Men: Axis, and Jason Aaron's Star Wars series. In 2019, he worked with journalist and writer Ta-Nehisi Coates on Captain America, and on Jonathan Hickman's first issue of X-Men. If you're interested in seeing his work, the Marvel website has a gallery of the covers he worked on during his time with Marvel Comics.