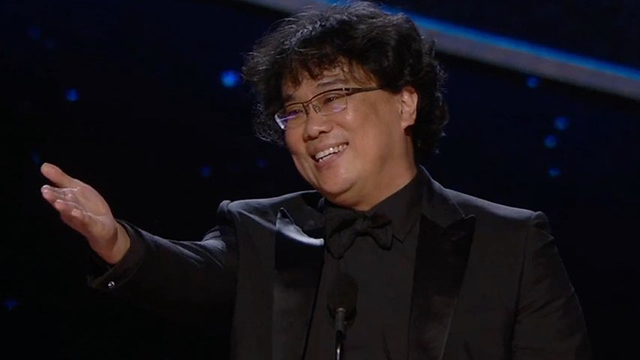 Here are some of his funniest moments!

(SPOT.ph) In case you missed it, Parasite just won an Oscar for Best Picture, making it the first Asian film to do so. That, and it took home not one, not two, but a total of four Oscars in one night—for Best Picture, Best Director, Best International Feature Film, and Best Screenplay. Now, you can imagine the speeches director Bong Joon Ho had to prepare and deliver upon the announcement of his film's victory, and while you can expect it to be inspiring, it's also unexpectedly funny and bold.

In his Golden Globes victory speech, he told the audience that all they needed to do to gain access to a wider selection of amazing films is to get over the one-inch tall barrier of subtitles. It's pretty harmless, but it could be a brave jab at people who refuse to watch subtitled films. It's been a ride since, and the Internet is quick to catalogue his bold and hilarious statements.

That's not where it ends though. As the South Korean director jumped from one awards show to another, he was quick to make quick-witted quips, shady remarks, and funny jokes that left the Internet speechless or laughing. They're pure gold, and we thought of sharing some with you.

Because you need to see the one-inch barrier comment in action.

Give the cast what they deserve!

That feeling when you go out but miss your bed. Relatable.

He called the Oscars local and really took home four.

Get you a man who looks at you the way Bong Joon Ho looks at an Oscar.

The best way to celebrate, indeed.

In case you were wondering how the movie came about.

This is actually how he directs complicated scenes.

And a bonus one, because why not: