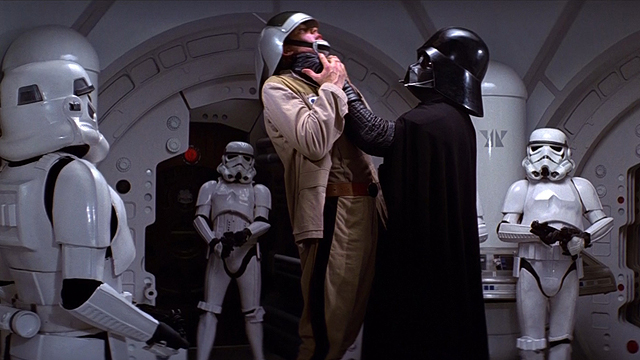 10 Excellent Movies That Are All About Bringing Down the System

We can always win against Darth Vader.

(SPOT.ph) People in power sometimes forget that they’re put in office to serve the people—not their cronies and, definitely, not themselves. They abuse their positions and turn to tyranny, prejudice, and even historical revisionism to justify their actions. But as it is in the movies, that shouldn’t always be the case.

We round up films that speak volumes about courageously banding together to achieve a common goal:

In the fictional universe of Star Wars, we cheer for the Rebel Alliance—an interstellar pro-democratic alliance of revolutionaries—as they try to bring down the Galactic Empire and its totalitarian regime and brutal dictatorship. Rogue One tells us how all started: with a band of courageous rebels stealing the plans for the Death Star (a superweapon capable of destroying planets) and setting up the revolution.

You may remember this particular movie from when Sandro Marcos, grandson of former dictator Ferdinand Marcos, was mocked for missing its central message. "Rogue One is incredible," he says in a tweet. "Yeah. The Rebellion is like People Power, The New Republic is Martial Law, and Darth Vader is your " was the retort.

Set in a distant future, an anarchist freedom fighter in a Guy Fawkes mask who calls himself V (Hugo Weaving) tries to bring down the neo-fascist regime that has taken over the United Kingdom. He is joined by Evey Hammond (Natalie Portman), an employee of the state-run British Television Network, who reveals to us the government's atrocities. "People should not be afraid of their governments. Governments should be afraid of their people," V says in one of the scenes.

The final installment in The Hunger Games trilogy, a dystopian series based on Suzanne Collins' books, shows us how Katniss Everdeen (Jennifer Lawrence) leads a mass rebellion against the tyrannical President Snow (Donald Sutherland). A war ensues and a number of lives are sacrificed but, in the end, they succeed in taking down the system and ensuring that their children won't have to go through the painful Hunger Games.

Malcolm X is a biographical epic about African-American activist Malcolm X. The film dramatizes his life as an orphan whose father was killed, his mother placed in a mental hospital. It traces his life as a prisoner who converts to Islam, and, later, becomes the Nation of Islam's most influential leader. He is credited for asserting the rights of his people in what was known as White America.

Set in 2027, after two decades of infertility, the human race is on the brink of extinction. Refugees from all over the world try to escape war and arrive in the United Kingdom—one of the few remaining nations that haven't succumbed to chaos. Theo Faron (Clive Owen), a former activist, helps a pregnant refugee named Kee (Clare-Hope Ashitey) escape the crossfire and give hope to a dying society.

Based on the 1953 novel of the same name by Ray Bradbury, Fahrenheit 451 tells the story of one of the Firemen, Guy Montag (Oskar Werner), whose duty is to burn all books in a society controlled by a totalitarian government. He later falls in love with book-hoarder Clarisse (Julie Christie) and starts to question the government's restriction on books.

This two-part biopic about Argentine Marxist revolutionary Ernesto "Che" Guevara dramatizes the Cuban Revolution's success in toppling Fulgencio Batista's dictatorship. When asked what the most important quality is for a revolutionary to possess, Che answers, "El ," which is explained as "love of humanity, of justice and truth."

With themes of xenophobia and social segregation, District 9 is about a small extraterrestrial population that tries to seek refuge on Earth and forced to live in the slums. They are later forcibly evicted with operative Wikus van der Merwe (Sharlto Copley) in charge. But in the middle of it all, he contracts a virus and is forced to hide and fight with the race that he is tasked to drive away.

Based on a French historical novel by Victor Hugo (1862) and musical by Claude-Michel Schonberg (1980), Les Misérables tells the story of ex-convict-turned-mayor Jean Valjean (Hugh Jackman) and his quest for redemption. He later joins a group of young activists in the Paris Uprising of 1832, which was an anti-monarchist insurrection against the July Monarchy of Louis-Philippe.

The entire Harry Potter series written by J.K. Rowling follows the titular character (a.k.a. The Boy Who Lived) as he fights against the dark wizard Voldemort, and Book 7—adapted into a movie in two parts—is a culmination of this struggle. In one scene, we see Harry Potter (Daniel Radcliffe), Ron Weasley (Rupert Grint), Hermione Granger (Emma Watson), members of the Order of the Phoenix, and the rest of Hogwarts School of Witchcraft and Wizardry battle it out with the Death Eaters—wizards and witches who practice the Dark Arts without regard for wizarding law, and violently persecute Muggle-borns.

Martial Law Revolution Rebellion Films Movies
Your Guide to Thriving in This Strange New World
Staying
In? What to watch, what to eat, and where to shop from home
OR
Heading
Out? What you need to know to stay safe when heading out