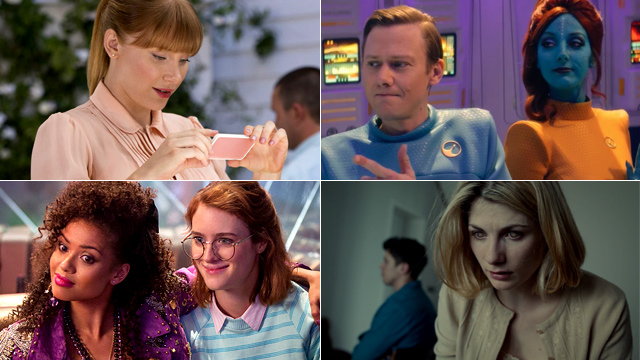 Episodes are often twisted and dark. The first-ever episode of the series features a character being forced to have sex with a pig on national TV. ("The National Anthem" is the perfect introduction into the magnificent and unusual world of Black Mirror.) But the episodes are also intelligent, layered, and full of intriguing critique of society.

Also read: The Sci-Fi Books to Read, If You Like Black Mirror

Here are the most disturbing Black Mirror episodes you can stream on Netflix:

Season 4’s "Black Museum" might not be the best to start within the sense that it references many episodes that have come before it in passing, but it’s one of Black Mirror’s most effective episodes in showing what this series is all about. In this episode a woman (Black Panther’s Letitia Wright) stops at a nearby museum run by a man named Rolo Haynes. Rolo tells the woman about all the artifacts found in the museum—a collection of troubling technology, each with its own messed-up backstory. We get three tales of increasing woe: One about a man who has a device that allows him to experience others’ pain, one about a mother’s consciousness stuck in a stuffed animal, and one about a hologram that people can play with, but it’s the final twist (and Black Mirror has many of them) that really keeps this episode deep in your head.

Also read: 10 Stress-Inducing Netflix Series, Ranked by How Butthole-Clenching It Is