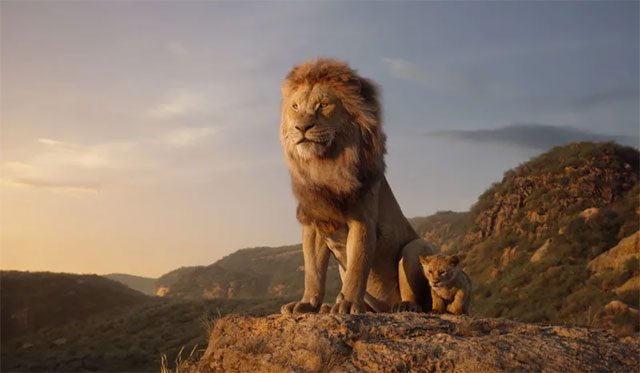 Spider-Man: Far From Home, The Lion King, and more!

(SPOT.ph) Why stay indoors when there’s plenty of reason to head to the cinemas (or, all right, maybe your couch) this month? Movie fans have an exciting July ahead of them, with the return of everyone’s favorite webbed superhero, the talented voice cast behind The Lion King, and even the promising tandem of Kathryn Bernardo and Alden Richards.

Here are the 10 movies you need to see this July:

Release date: July 3
Set after the heartbreaking events of Avengers: Endgame, Peter Parker (Tom Holland) is back in school, where he and classmates fly off to Europe for a summer field trip. Things take an interesting turn when Nick Fury (Samuel L. Jackson) shows up and recruits him to work with Quentin Beck (Jake Gyllenhaal), a superhero from an alternate universe. Zendaya, Jacob Batalon, Cobie Smulders, and Marisa Tomei all reprise their roles.

Release date: July 10
Oscar-winning actress Octavia Spencer takes on the horror genre in Ma, where she plays Sue Ann, a mysterious loner who offers her basement to a group of unsuspecting teenagers looking to party. But there are some twists, as her hospitality starts to turn into a dangerous obsession.

My Letters to Happy

Release date: July 17
For fans of hugot and heartbreak, make a beeline for this new Filipino film. Directed by Pertee Briñas, this melodrama follows TJ Trinidad as Albert, who loses his drive and motivation after going through an unfortunate tragedy. His luck changes when he meets Happy (Glaiza de Castro), who’s also trying to overcome her own personal struggles.

Release date: July 17
Written and directed by S. Craig Zahler, this neo-noir crime thriller film stars Mel Gibson and Vince Vaughn, policemen who get suspended after being caught assaulting a suspect on video. As they run out of options and money, they end up in the criminal underworld together and find more than they wanted.

Release date: July 19
It’s the Disney classic everyone knows and loves—featuring an all-star voice cast and stunning live-action visual effects. The remake takes audiences back to the African savanna, where Simba is exiled from the Pride Lands after his father, Mufasa, is murdered by his uncle, Scar. Directed by Jon Favreau, the star-studded cast includes James Earl Jones (reprising his unforgettable role as Mufasa), Donald Glover, Beyonce, Billy Eichner, Chiwetel Ejiofor, Seth Rogen, and more.

Release date: July 24
Perfect for avid music lovers, Yesterday follows a struggling singer-songwriter named Jack, who suddenly awakens in a world where The Beatles don’t exist. He capitalizes on their disappearance by claiming their songs as his own, but as he shoots to fame, he quickly learns that stardom has some complicated consequences.

Release date: July 26
Award-winning filmmaker Mikhail Red returns behind the camera in this horror movie. It revolves around the gruesome and haunting death of a student in an all-girls school and the guidance counselor (Bea Alonzo) who investigates the circumstances behind the death. Although released in Philippine cinemas earlier this year, it will stream on Netflix on July 26.

Release date: July 31
This thrilling film is based on the real-life rescue mission of Ethiopian Jews from Sudan to Israel during the '80s. Captain America star Chris Evans sheds his star-spangled suit to play Ari Kidron, the agent who leads the dangerous covert mission. In real life, the rescue operated for five years and saved thousands of refugees and brought them to Israel. The film also stars Ben Kingsley and Greg Kinnear.

Release date: July 31
Star Cinema surprised Filipino audiences with the unlikely tandem of Kathryn Bernardo and Alden Richards for this film. Directed by Cathy Garcia-Molina, the romantic drama follows two Filipino workers based in Hong Kong: Ethan (Richards), a carefree bartender intent on pursuing the girl he’s interested in, and Joy (Bernardo), a domestic worker whose priority is providing for her family.