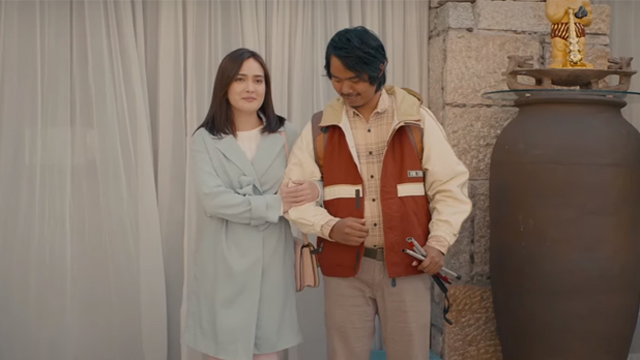 Even the actors look the same!

(SPOT.ph) You've heard of of foreign shows and movies like Descendants of the Sun and Miss Granny getting Filipino remakes, but some Philippine originals have inspired foreign filmmakers and directors to adapt the work into their own language. Kita Kita, starring Alessandra de Rossi and Empoy Marquez, is the highest-grossing independent film and has sparked the interest of foreign viewers, enough to get its own Indonesian remake, which will be out on October 10. We dug up some details on the remake, and here's what we found out.

The Indonesian title translates to Love Is Blind in English and is an apt title given the main character, Lea's, eye problem. It also captures the film's theme of choosing someone for love regardless of their situation, condition, or appearance.

It stars Indonesian actors in the lead roles.

The original stars de Rossi as Lea and Marquez as Tonyo, while the Indonesian remake will feature Shandy Aulia as Diah, and Dodit Mulyanto as Nik. Diah is an Indonesian tour guide like Lea, while Nik, like Tonyo, is an Indonesian in a foreign country.

It's shot in South Korea.

Kita Kita was shot in Japan where Alessandra de Rossi's character makes a living by being taking tourists on adventures in Sapporo, Japan. In the Indonesian remake, Diah lives in Busan, South Korea.

The trailer almost mirrors the original.

Make no mistake, while remakes borrow heavily from the original, Cinta Itu Buta still brings its own flavor to the table and has its own character. We did spot some familiar scenes: the characters dressed in heart costumes, padlocks, and sharing homemade food almost every day.

The actors even look alike.

There's an expectation for remakes to be faithful to the original, but the Indonesian remake really gets this one right—even the character meant to play the Indonesian version of Tonyo, Dodit Mulyanto, looks like Marquez!

Sigrid Andrea Bernardo, who directed Kita Kita, posted about the remake on her Instagram page, and encouraged her followers to watch and support the project after she's been brought to tears from watching the trailer.

There are some familiar words.

We're no experts on Bahasa, but Indonesia's also in South East Asia and there are definitely some words that we can understand. Case in point: lumpia!