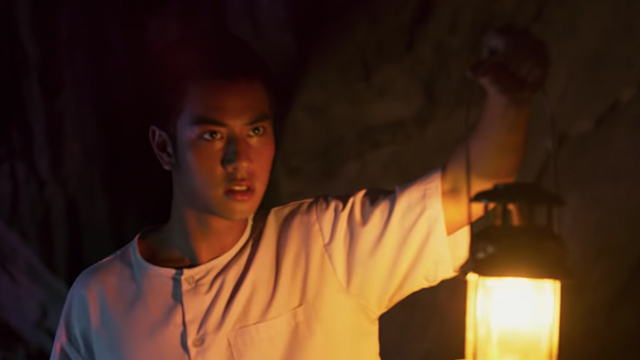 (SPOT.ph) With the convenience of streaming, it's easy to access the content you like whenever you want to. One major player in the streaming game is Netflix, and aside from hosting a diverse collection of U.S. programs and Hollywood blockbusters, they're also producing their own original global content. You've seen Korean dramas like Love Alarm and Kingdom, Japanese reality program Terrace House, and even Spanish thriller series Money Heist. The next in their global lineup? Thai series The Stranded, which showcases Thai culture and production to an international audience. We got the chance to find out more about this new show at The Stranded's press conference on November 13 in Bangkok, Thailand.

The series is Thailand's first Netflix original, which will air in 190 countries and reach a viewership of about 150 million users worldwide. Thai director Sophon "Jim" Sakdaphisit is at the helm for this production, and it involves a cast of 19 Thai actors and actresses, all shot and filmed in the different provinces of Thailand.

The Stranded follows the lives of students enrolled at a famed private school after the island was ravaged by a tsunami. Without electricity and water, adult supervision, no way to contact anyone, and no means to get off the island, the kids face the aftermath on their own, and find ways to survive. As days passed with no rescue in sight, the survivors begin to experience mysterious events, and they're convinced the island's evil forces are out to get them.

With a much to unload, director Jim needed a lot to make The Stranded a reality, and the series was made possible with the help and collaboration of three production teams—one from Los Angeles, one from Singapore, and one from Thailand. Working on a Netflix series is a big deal for Jim, who's a fan of the platform, but more than the responsibility to uphold the Netflix standard, he also took it as an opportunity to tell a Thai story infused with culture, lore, and mystery for a global audience.

This responsibility and opportunity also falls on the shoulders of the young Thai actors and actresses starring in the series. The main protagonist is Kraam, a fisherman's son played by Papangkorn "Beam" Lerkchaleampote. Chayanit "Pat" Chansangavej plays the perfectionist May, who has taken on the role of healer and Chutavuth "March" Pattarakhumphol, who plays arrogant would-be leader Anan.

The global Netflix standard is something all of the actors mentioned, and it's definitely something they want to live up to. Most of them have watched shows on the platform, and now can't believe they get the chance to see themselves on a Netflix show. March sums it up succinctly: "[It's] our chance to create production and content to be publicized to the world. We want to show that we're as [good] as the rest. The quality, the cast, the script, the process—everything. It's got survival, mysteries, and culture." He also shares that he feels it is their duty to promote Thai content and culture to the rest of the world.

Working with an international team to create a production that represents Thailand to an international audience meant a lot of new things for the cast. It meant strict times and schedules, but it also meant world-class equipment, the best crew, and the proper safety instructions and rules to make sure shooting would be a breeze. Pemika "Pam" Sooksawee, who plays friendly Jan, especially mentions Netflix's anti-sexual harrassment policy on set, and is appreciative of such safety measures put in place to protect the entire cast and crew. Kittisak "Jack" Patomburana, who plays the wild and rebellious Ice, notes that Netflix takes the mental health of their actors seriously, and have rules that state all those onboard must respect one another. Bullying is an absolute no-no, too.

Director Jim may be nervous and pressured about the scale of this project, but he admits that it's something everyone worries about anyway. Like most directors, he hopes viewers will love it, and should they think otherwise, he's more than open to hear criticism out and improve in order to provide quality Thai content for viewers all over the world.