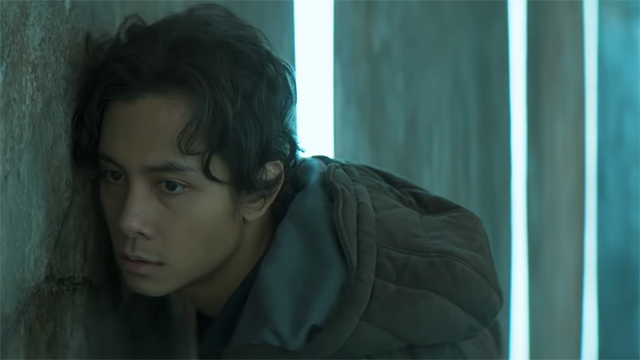 This Upcoming Horror-Thriller Toys with Immigration, Politics, and Filipino Terrors

Motel Acacia will give you the chills.

(SPOT.ph) Immigration is no simple matter—countless OFWs fly to foreign countries to seek greener pasteurs, and it often leaves them homesick and clueless. As if that isn't difficult enough, not all countries welcome immigrants with open arms, forcing many to navigate the politics of a foreign land. That in itself is quite the horror, but imagine if immigrants had to deal with the terror brought about by supernatural beings. JC Santos' new horror-thriller film Motel Acacia explores that possibility, and it hits theaters on March 11.

In a remote and cold area in the west, Motel Acacia stands in secret, and serves as an abode for immigrants. The government calls for the extermination of said immigrants, and the motel's staff fulfill orders with the help of a Filipino tree demon that haunts a bed in the facility. It serves as a torture device for humans, leaving men dead and women impregnated. A young Filipino man played by Santos is being groomed by his father of foreign descent to take over the operations. He pay witness to the terrors, and is forced to come to terms with the secrets of Motel Acacia.

The Black Sheep Productions film also stars Filipino actress Agot Isidro, along with a foreign cast composed of Jan Bijvoet, Nicholas Saputra, Vithaya Pansringarm, Bront Palarae, Talia Zucker, and Will Jaymes. Directed by Bradley Liew and co-written with Bianca Balbuena, Motel Acacia was a competing film at the 2019 Tokyo International Festival in the Asian Future section. It was selected to be part of the 2019 Taipei Golden Horse Film Festival under the category of A Window on Asian Cinema, and was the closing film at the Jogja-NETPAC Asian Film Festival 2019.