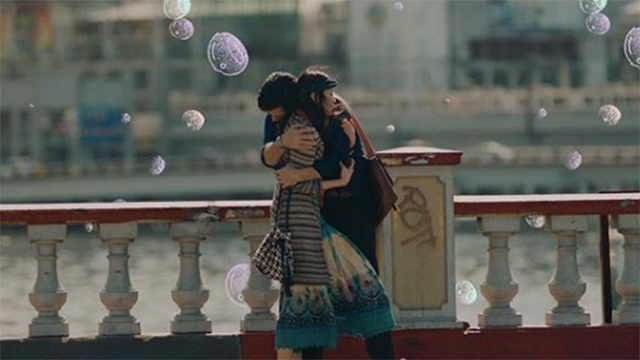 The SPOT.ph Guide to the 2020 Metro Manila Summer Film Festival

It's the summer film festival's first edition this year.

(SPOT.ph) You might think of watching films during the Metro Manila Film Festival (or the MMFF) as a Christmastime tradition. After all, cinemas nationwide screen only the eight films (called the Magic Eight) from December 25, up until the first week of January. The annual festival rakes in mixed reviews from critics and casual moviegoers alike, but there's no denying that many still look forward to the screenings.

Senator Christopher Lawrence "Bong" Go is one of members of the executive committee of 2019's MMFF, and has previously expressed his desire for a summer edition of the film festival in order to invigorate Philippine cinema. Now, it's officially pushing through: The Metropolitan Manila Development Authority announced on March 2 that the Metro Manila Summer Film Festival would take place on April 11 to 21, with eight films in the roster. The films were selected on the following criteria: 40% for artistic excellence, 40% for commercial appeal, 10% for filipino cultural sensibility, and 10% for global appeal. Unlike the December Metro Manila Film Festival which accepts scripts as official entries, the eight entries selected for the summer film festival are already in complete film formats. If you're not sure what movies to look forward to for the first summer edition of the festival, we got you covered.

Based on the South Korean blockbuster film of the same name, action thriller A Hard Day from VIVA Films stars Dingdong Dantes as Villon and John Arcilla as a sinister cop. Villon encounters an accident before saying to goodbye to his dead mother, and must live with the consequences of his actions.

Not much is known yet about this entry from Alternative Visions, but it will star Alfred Vargas as Allan, Shaina Magdayao as Tanya, and Iza Calzado. If Vargas' Instagram post is anything to go by, it looks like the romance film was shot in Manila, Hong Kong, and New York.

Love The Way U Lie

What if you had a bridge to the person you love? Nathan (Xian Lim) meets Stacey (Alex Gonzaga) halfway on Jones Bridge and asks if she brought Sara (Kylie Verzosa) with her. It seems Sara is no longer part of this world, and Stacey is Nathan's only means to reach his lover. This fantasy-romance entry is a collboration among Tincan Films, Ten17P, and VIVA Films.

This entry from Heaven's Best Entertainment stars Philip Salvador as Dom, a man who abandoned his family. Years later, he returns to his wife Lumen (Nora Aunor) and family in order to reconcile. Things get complicated when their gay best friend (played by Michael De Mesa) attempts to bridge the rift between them. The film also stars Zanjoe Marudo, Joseph Marco, Sanya Lopez, Maris Racal, and Albie Casiño.

Coco Martin and Angelica Panganiban star in this rom-com entry from Star Cinema. Though not much is known about the film's premise yet, the two actors have previously expressed their desire to work with each other, and are happy they finally got the chance.

College buddies Harold (Paulo Avelino) and AM (Janine Gutierrez) are more than friends, but less than lovers in Ngayon Kaya. The two reunite again after five years of being apart, and they begin to explore the possibility of getting into a relationship. This T-Rex Entertainment film also stars John James Uy, Rio Locsin, Alwin Uytingco, and Donna Cariaga.

This horror film from Regal Entertainment explores the secret behind the stability of Japanese structures. Ritz Azul, Joseph Marco, and Miles Ocampo play characters that must restore an ancestral home in Karatsu, Japan. They come across myths of the Japanese offering human sacrifices to lend stability to their structures, and fear for the safety of Aki, the only resident of the house. As they dive deeper into the project, the house slowly begins to reveal its story and secrets.

Metro Manila Summer Film Festival Mmsff 2020 Mmsff Adventurer Savvy Seasoned A Hard Day Tagpuan Love The Way U Lie Isa Pang Bahaghari Love Or Money Coming Home Ngayon Kaya The Missing Guide
Your Guide to Thriving in This Strange New World
Staying
In? What to watch, what to eat, and where to shop from home
OR
Heading
Out? What you need to know to stay safe when heading out