Kim Tae Hee of Hi Bye, Mama!'s Korean Movies and Shows
Loading
Already a member? Log in
No account yet? Create Account
Spot.ph is your one-stop urban lifestyle guide to the best of Manila. 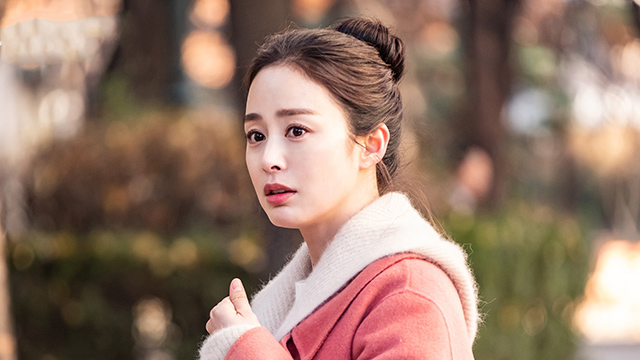 10 Things to Watch If You Like Kim Tae Hee From Hi Bye, Mama!

Did you know she starred in Stairway To Heaven?

South Korean actress Kim Tae Hee, who took a break from showbiz to focus on her family with singer and actor Rain, has returned to acting. The celebrity mom has two kids with Rain, which makes it so cute that her latest project is Hi Bye, Mama!, a feel-good K-Drama with its share of heart-wrenching moments. The series started airing in February 2020 on Netflix and will conclude on April 19.

Tae Hee first appeared in commercials and ads before making her acting debut in the 2001 drama Last Present. Now 40 years old, Tae Hee has starred in multiple dramas and movies. You've known her as the bright and loving mother Cha Yu Ri, but she's also played a villain, an orphan, and more.

For her first K-Drama, Tae Hee played the role of an orphan and aspiring wrtier named So Hyun. The character ends up sharing an apartment with Joon Pyo, played by none other than Gong Yoo! As it turns out, the pair also work at the same place.

Tae Hee plays the leading lady's evil stepsister in this 2003 drama. Her character, Yu Ri, keeps harassing Jung Suh (Choi Ji Woo) because of jealousy. Yu Ri even goes as far as to tamper with her stepsister's memory.

Tae Hee has also starred in a dark fantasy series called Forbidden Love. She plays Yoon Shi Hyeon, an orphan nine-tailed fox (or gumiho) that is human by day, and fierce warrior by night. Shi Hyeon maintains the peaceful co-existence of man and fox, but detective Kang Min Woo (Jo Hyun Jae) gets too close to the world of foxes during an investigation, and only Shi Hyeon—who has vowed to keep her identity a secret—can save him.

A law student named Kim Hyun Woo (Kim Rae Won) and a med student named Lee Soo In, played by Tae Hee, meet at Harvard University and start dating. However, luck isn't on their side and they part ways, only to meet again years later.

The Restless is Tae Hee's first feature film. Set in ancient Korea, she plays Yon Hwa, the dead lover of demon hunter Yi Gwak (Jung Woo Sung) who enters Jungcheon, which is also known as a purgatory. There, he reunites with her, only to find out that she has no memories of him at all.

Tae Hee may fit perfectly in a rom-com but she can also rock a role in an action-packed drama. In Iris, she plays the role of Choi Seung Hee, an analyst who works for the National Security Service and later scouts best friends Kim Hyun Jun (Lee Byung Hun) and Jin Sa Woo (Jung Joon Ho) for missions. A movie based on the series was also released in 2010 and stars the same cast.

Seo Ju Hee, played by Tae Hee, is an ambitious equestrian who loses her horse in a racing accident and injures her arm in the process. Thinking she's lost it all, she quits horseracing and takes a break at Jeju Island. There, she meets fellow equestrian Woo Suk (Yang Dong Geun), who inspires her to get back on track once more and compete at the Grand Prix Championship.

If you think Korean films and shows are all Tae Hee has in her filmography, think again—she plays popular South Korean actress Han Yoo Na in this Japanese drama. Astronomy enthusiast Kohei Namiki (Hidetoshi Nishijima) receives orders to be the bodyguard of Yoo Na for 100 days while she's filming in Japan. They initially don't get along, but as the days dwindle down, they find themselves getting closer.

Ordinary college student Lee Seol's (Tae Hee) life turns upside down when she finds out that she's the great-granddaughter of the Joseon dynasty's last emperor. Wealthy Daehan Group heir Park Hae Young (Song Seung Heon) is tasked with teaching her everything she needs to know to fulfill her role. All is going well, but Hae Young must remind himself not to fall for the girl who will claim his inheritance once she's sitting on the throne.

Skilled surgeon Yong Pal (Joo Won) is desperate to make money and heals clients who have hidden themselves from the public eye. He's low-key enough, until he awakens chaebol heiress Han Yeo Jin (Tae Hee) from a medically induced coma. After waking her up, he must deal with the consequences of his actions. This drama also stars Jo Hyun Jae and marks the second time he's worked with Tae Hee. The last time they appeared together was in the 2004 drama Forbidden Love.

Yong Pal is one of 2015's highest rated dramas and it won Tae Hee the Top Excellence Award at the 2015 Korean Drama Awards.

Kim Tae Hee Hi Bye Mama Netflix K-drama Korean Actor Adventurer Savvy Seasoned Syndication Syn-00296
Your Guide to Thriving in This Strange New World
Staying
In? What to watch, what to eat, and where to shop from home
OR
Heading
Out? What you need to know to stay safe when heading out