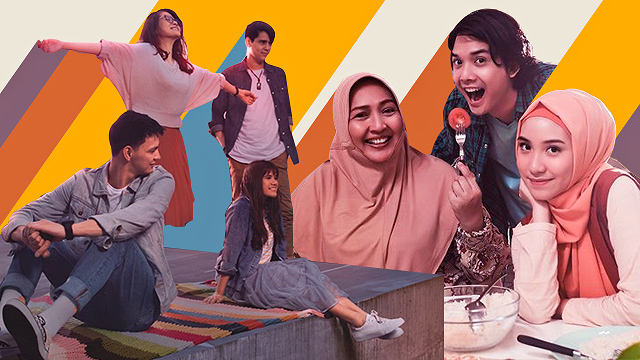 Check Out These Asian Viu Originals for Your Next Marathon

How about a behind-the-scenes look at a K-Drama star's life?

You might know streaming service Viu as a go-to site for Korean, Japanese, and Chinese dramas. But did you know that they also produce original content? Here's a must-watch list if you want to explore new Asian movies and TV series.

Also read:
10 Award-Winning Asian Films You Need to Watch at Least Once
10 Action-Packed Asian Films That You Need in Your Next Marathon

Dip your toes into the world of Asian shows and movies on Viu:

A Date With Cha Eun Woo

Who doesn't want to see more of this Korean star? Viu follows K-Pop idol and K-Drama star Cha Eun Woo behind-the-scenes during his 2019 trip to Hong Kong. The show only has five episodes and we need more, to be honest.

Febby and Emma are best friends with totally opposite personalities who live in Jakarta, Indonesia. Their lives change when one fateful night, during a riot, Febby and Emma find their souls switched with each other's bodies!

This Malaysian drama follows a female vigilante named Maria. She searches for the killer who brutally murdered her family and takes on a new identity as Anna—a woman who runs a salon in Malacca.

Fisya believes that her best friend since childhood, Jidan, also has romantic feelings for her. In a turn of events, Jidan suddenly asks for her blessing to propose to her older sister—ouch!—and Fisya is left heartbroken. Will Fisya let her feelings go or will they let her know?

This Indonesian series starts off in the year 2024. Senja's groom Abi leaves her at the altar on their wedding day. Mad and frustrated, Senja wishes with all her might that she could go back to a time before she met him. The universe grants her wish, and they are both transported to 2019, the very day of their first meeting.

In this comedy film, 29-year-old Pipin is obsessed with the idea of marrying a "white man." Afraid that she might grow old without anyone by her side, she moves to Bali to look for her perfect guy.

Are you a fan of short films? This series is composed of different Indonesian shorts  that range from romance stories to dramas with a bit of mystery. These shorts are part of an initiative that aims to support young filmmakers, artists, and local communities. There are 17 episodes to watch in this series.

Syn-00263 Syndication Adventurer Guide Savvy Viu Streaming Services Indonesian Dramas Shows Series Viu Shorts Rewrite Kenapa Harus Bule Assalamualaikum My Future Husband Salon Switch A Date With Cha Eun Woo Korean Kdrama Malaysian
Your Guide to Thriving in This Strange New World
Staying
In? What to watch, what to eat, and where to shop from home
OR
Heading
Out? What you need to know to stay safe when heading out