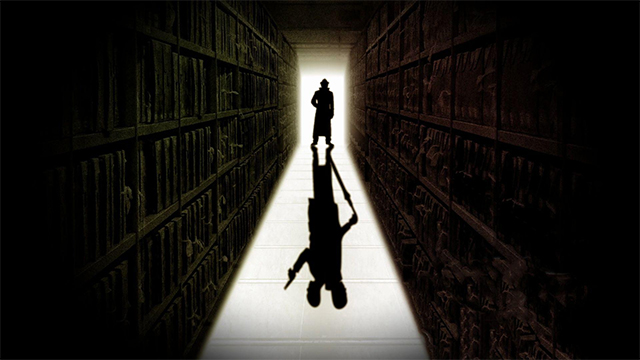 Truth, as they say, is stranger than fiction.

(SPOT.ph) Truth, they say, is stranger than fiction. And some truths, well, are crazier than the rest. A number of documentaries have the most outrageous claims about the world’s greatest mysteries—from the world’s oldest secret intelligence service to the modern-day confusion about the Earth being flat. Get comfortable on your couch: it's time to binge-watch!

Get your mind blown by these Netflix documentaries:

Are aliens real? Steven Macon Greer, a retired traumatologist, believes that they exist. More importantly, he claims that the American government concealed evidence of extraterrestrial contact through the decades. In Unacknowledged, he presents witness testimonies from National Aeronautics and Space Administration, Central Intelligence Agency, and other agencies; classified documents; and footage that show an alleged web of lies that has been covering up what authorities actually know about UFOs.

Believe it or not, people who believe that the Earth is flat still exist—they probably missed the Ancient Greeks' memo. Behind the Curve follows this community of flat Earth believers in the United States, most especially Mark Sargent, its proponent. It even features clips from the 2017 International Flat Earth Conference, which was attended by hundreds of people.

In 1989, Bob Lazar claimed on television—through an interview with a Las Vegas network—that aliens exist and that the U.S. government has been reverse-engineering flying saucers that landed here on Earth. Media attention surrounding the conspiracy eventually died down, but the 2018 feature-length documentary Bob Lazar: Area 51 & Flying Saucers revisits that story that once shocked the world.

TV series Conspiracy, which aired in 2015 on the United Kingdom’s Channel 5, uncovers 12 widely held conspiracy theories that have been baffling both believers and skeptics. This includes the real deal behind the death of Adolf Hitler, the possible connection between the British Royal Family and the Nazis, the most mysterious cases of disappearances and secret assasinations, alleged murder at the Vatican, fake moon landing, and—of course—aliens.

London is well known for its underground passenger railway system, which not only serves the bustling metropolis but also nearby counties like Buckingham, Essex, and Hertfordshire. But "The Tube" is just one part of the city's network of underground tunnels. Secrets of Underground London, another PBS documentary, unearths the 2,000-year-old mystery of subterranean London history—from its origins as a Roman settlement to its transformation as air raid shelters during World War II, and usage as top-secret storage of works of art during the war.

During World War II, Eric Arthur Roberts (a.k.a. Jack King) served as an MI5 agent under the United Kingdom's secret intelligence machinery. The Jack King Affair narrates how Roberts became a double agent who infiltrated a fascist network to prevent top-secret information from getting to Germany.

Adolf Hitler, dictator and leader of the Nazi Party, reportedly shot himself days after the Allied armies defeated the German army. He did what many attempted for 20 years: kill the perpetrator of the Holocaust. Kill Hitler! The Luck of the Devil details the numerous attempts at his downfall, and how he managed to escape all these with the "luck of the devil."

The Spy Who Fell to Earth, which is based on UK-based Israeli historian Dr. Ahron Bregman's book of the same name, narrates the story of Ashraf Marwan—an Egyptian billionaire and Israeli spy. Bregman claims that Marwan is actually a double agent, who switched sides before the 1973 Arab-Israeli War. In 2007, the spy’s body was found right under his flat’s balcony in London.

While The Spy Who Fell to Earth follows one central figure who worked for the Mossad, this four-episode documentary looks at former spy chiefs and operatives who served in one of the world’s most controversial intelligence agencies. The tell-all narrative exposes the moral dilemmas and first-hand accounts of Israel’s former spies.

Secrets of Her Majesty's Secret Service (2014)

We all know about James Bond, the fictional British Secret Service agent who drives a super-cool Aston Martin, climbs walls with high-tech gadgets, and throws flames out of a bagpipe. But the inspiration behind this legendary movie franchise is no fiction. The PBS documentary Secrets of Her Majesty's Secret Service recounts the history of the United Kingdom's Secret Intelligence Service—a 110-year-old foreign intelligence service that didn't officially "exist" until 1994. Its motto? Semper occultus or "Always secret," and if that doesn't pique your interest, we don't know what else will.

Main image from Lagardère Studios for The Jack King Affair

Netflix Streaming Adventurer Savvy Seasoned Documentary Listicle Streaming Services Unacknowledged Behind The Curve Bob Lazar Area 51 And Flying Saucers Conspiracy Secrets Of Underground London The Jack King Affair Kill Hitler The Luck Of The Devil The Spy Who Fell To Earth Secrets Of Her Majesty's Secret Service Guide Evergreen
Your Guide to Thriving in This Strange New World
Staying
In? What to watch, what to eat, and where to shop from home
OR
Heading
Out? What you need to know to stay safe when heading out