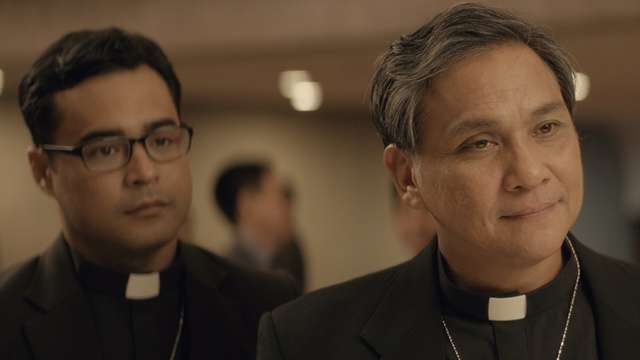 You Can Now Watch Smaller and Smaller Circles for Free

In the mood to hunt down a serial killer?

(SPOT.ph) With everyone stuck indoors over the past few weeks in quarantine, local film company TBA Studios has made several movies in their arsenal free to watch online for viewers at home. The selection includes rom-com I'm Drunk, I Love You, neo-noir thriller Neomanila, 2016 documentary Sunday Beauty Queen, and most recently, another exciting addition to their lineup: 2017 mystery drama Smaller and Smaller Circles is now available to watch for free on TBA Studios' YouTube Channel!

Based on the novel of the same name by F.H. Batacan, Smaller and Smaller Circles (directed by Raya Martin) tells the story of Augusto "Gus" Saenz (Nonie Buencamino) and Jerome Lucero (Sid Lucero), two Jesuit priests attempting to hunt down a serial killer responsible for the murders of several young boys in Payatas. If you love the heart-racing thrill of crime and mystery dramas (not to mention the fun of getting to play detective along with the protagonists), you'll definitely enjoy this film. In case you missed its original cinematic release, now's your chance to see it! We personally recommend keeping the lights on and having a companion nearby when you do so.

TBA Studios teased the film's online release through a Facebook post showing a clip from the film in which Father Gus answers a question about whether or not there are even any serial killers in the Philippines. The video featured the caption "What do you think? Let's find out later," along with the date and time of the film's scheduled online release (May 29, 12 a.m.). The rather ambiguous caption was similar to the way TBA previously announced the YouTube release of I'm Drunk, I Love You.

Check out the clip below:

The announcement was made official as the clock struck 12 midnight with another post from the film house.

Smaller and Smaller Circles is available to watch for free on TBA Studios' YouTube Channel.

Smaller And Smaller Circles Pinoy Movies Entertainment Tpc-000001 Tba Studios Savvy Adventurer Seasoned Streaming Services Streaming
Your Guide to Thriving in This Strange New World
Staying
In? What to watch, what to eat, and where to shop from home
OR
Heading
Out? What you need to know to stay safe when heading out