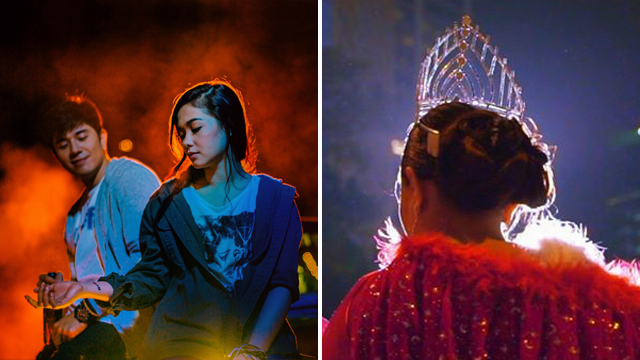 All the TBA Studios Films You Can Stream on YouTube, Apart From IDILY and Sunday Beauty Queen

There are 12 films you can watch for free!

(SPOT.ph) Can't make up your mind on what to watch next? Get your snacks ready as a binge-watching session is in order. Local production company TBA Studios has released their full list of movies available to stream on their YouTube channel. It includes indie works, thrillers, a documentary, and more.

You already know by now that you can stream the 2017 rom-com I'm Drunk, I Love You (which has been up on their YouTube channel since April) as well as the serial-killer thriller Smaller and Smaller Circles, Mikhail Red's neo-noir piece Neomanila, and the documentary on domestic workers in Hong Kong, Sunday Beauty Queen. But you also need to check out the rest of the 12 films the production house chose to be streamed on YouTube for free!

For those who can't get enough of psychological thrillers, you may want to check out Jerrold Tarog's 2017 film, Bliss. It follows Jane Ciego (Iza Calzado), a famous actress who is injured on the set of her first self-produced film—leaving her trapped in her house under the care of a cruel husband and strange nurse.

Matangtubig is another thriller to put on your list. This film revolves around a sleepy town that is shaken by a murder and a kidnapping—and a quiet evil threatening to rise.

If you're looking for something with a little heat, there's
Dormitoryo: Mga Walang Katapusang Kwarto, a film that follows the lives of people living in a single dormitory. From a student to a call center agent to their landlady, they all have stories to tell. Gayuma follows Fine Arts student Mike, his girlfriend Joy, and the mysterious Stella.

For a deep dive into the psyche of the Filipino people, check out Women of the Weeping River, which traces the history of a blood feud from the perspective of two women in a Muslim community. K'na, The Dreamweaver tells the story of a T'boli woman who has the chance to end a war with another clan—at the price of true love. Iisa is a narrative of a woman caught between a war and a ravaged town.

Go back to your childhood with Patintero: Ang Alamat ni Meng Patalo, which follows one kid who manages to band together a ragtag team to challenge the school bullies in a game of patintero. Only problem is that she's terrible at it.

Water Lemon follows the intertwining tales of people in the coastal town of Mauban, Quezon. Here, a grieving widow, a socially handicapped genius, and a helpless grandfather are destined to cross paths.

TBA Studios did not give a specific date on how long these movies will be free to stream on their YouTube channel, so we suggest you sit back, relax, and get to watching these flicks, stat!

These movies are available to watch for free on TBA Studios' YouTube channel.

Adventurer Savvy Seasoned Tba Studios Streaming Service Youtube Bliss Smaller And Smaller Circles Sunday Beauty Queen Neomanila Streaming Services
Your Guide to Thriving in This Strange New World
Staying
In? What to watch, what to eat, and where to shop from home
OR
Heading
Out? What you need to know to stay safe when heading out