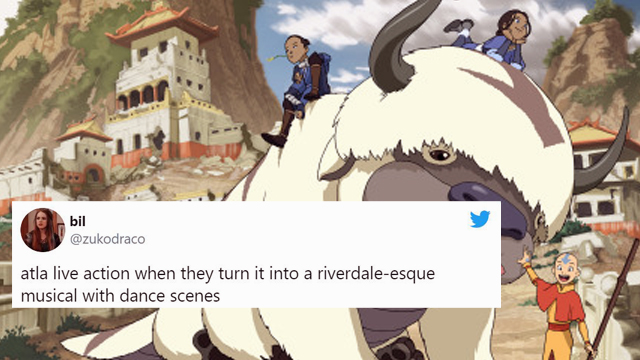 Remember the last live-action adaptation of the beloved series?

(SPOT.ph) It has been more than 10 years since Avatar: The Last Airbender first dropped on our television screens and no, we're still not over the epic show. So you'll have to excuse the storm of emotions that popped up online after the OG creators, Michael DiMartino and Bryan Konietzko, announced that they have officially left the team in charge of the much-awaited Netflix live adaptation. "Whatever version ends up on-screen, it will not be what Bryan and I had envisioned or intended to make," wrote DiMartino in an open letter to fans.

This latest development was not very well accepted—to put it mildly—by fans, especially since most have still not forgiven that 2010 movie adaptation directed by M. Night Shyamalan (which was pelted for its blatant whitewashing of characters, their strange inability to correctly pronounce "Aang," among many other uhm, criticisms).

"It was the hardest professional decision I've ever had to make, and certainly not one that I took lightly, but it was necessary for my happiness and creative integrity," wrote DiMartino. He then dropped a more hopeful addition, saying, "And who knows? Netflix’s live-action adaptation of Avatar has the potential to be good."

And while he pushes for optimism, the same can't be said for some ATLA fans. The fanbase on Twitter pretty much exploded with a whole lot of feelings after the news broke. We round up some of the most fearsome and strange predictions, painfully funny reactions, and more:

This GIF is a mood.

"Only justice will bring peace."

This sounds so bad it might just be good.

Can we at least get this one thing right?

This definitely has our vote.

Adventurer Savvy Seasoned Avatar The Last Airbended Atla Netflix Adaptation
Your Guide to Thriving in This Strange New World
Staying
In? What to watch, what to eat, and where to shop from home
OR
Heading
Out? What you need to know to stay safe when heading out