A Short History: Calls for Boycott for Hayop Ka! on Netflix
Loading
Already a member? Log in
No account yet? Create Account
Spot.ph is your one-stop urban lifestyle guide to the best of Manila. 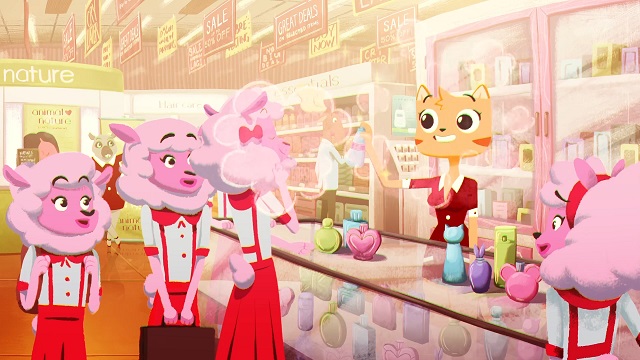 Netflix's Hayop Ka! and Those Calls for a Boycott: A Short History

Animators have spoken up against the backlash.

(SPOT.ph) A Pinoy animated movie is landing on Netflix this October 29—and people online have been calling for a boycott thanks to the fact that actor and controversial figure Robin Padilla is one of the film's leads. But before you jump on the bandwagon, you may want to heed the calls of animators.

Hayop Ka! The Nimfa Dimaano Story first made the rounds online in 2017 when a short clip of the saleslady-cat Nimfa (Angelica Panganiban) and her mongrel-boyfriend Roger (Robin Padilla) came out and had everyone excited. The full-length feature tackles Nimfa's story as she gets caught between her steady boyfriend and a high-society entrepreneur dog Iñigo (Sam Milby); a refreshing and humorous adult take on the classic love triangle story.

The movie was produced by Spring Films and Rocketsheep Studio—the same minds behind hits like Kita Kita (2016) and Saving Sally (2016). It was directed by Avid Liongoren of Saving Sally. The voice cast includes Empoy Marquez and Arci Muñoz. And of course, the film had some pretty epic animators bring it to life.

Artist Kevin Eric Raymundo—yes, the guy behind the painfully funny Tarantadong Kalbo webcomics—took to Twitter on September 21 to voice out his support for the film. "Please don’t judge it by its [voice actor]. He doesn’t represent the movie as a whole," reminded Raymundo. He also stated that he had worked on the film's animation, even sharing a bit of his work on Twitter, too.

Other animators and folks online have pushed for the same sentiment amid the conflict Padilla's role in it has brought. Padilla, a mainstay of the Philippine showbiz scene, most recently made headlines after stating that he was in favor of President Rodrigo Duterte's recent pardon of Joseph Pemberton, an American soldier convicted of killing Jennifer Laude, a Filipina. "It was the most compassionate decision not only for the Americans but for us as well," wrote the actor on his Instagram.

Hayop Ka! took over three years to develop, said Liongoren in a Netflix statement about the film. The movie may be comical in nature, but their team's main goal is much deeper. "In the global animation industry, the Philippines is a go-to nation for outsourcing animation services. We are home to thousands of talented animators but sadly, we are not known for ideating and producing our own work," added the director.

In Philippine cinema's rich 100 year-long history, "There have been less than 10 animated feature films." This animated film is one of a few now, and may help foster more productions like it. Liongorien hopes that "Someday Filipino animators can be known as not just service providers, but creators as well."

Adventurer Savvy Netflix Artists Rocketsheep Studio Hayop Ka! The Nimfa Dimaano Story Robin Padilla
Your Guide to Thriving in This Strange New World
Staying
In? What to watch, what to eat, and where to shop from home
OR
Heading
Out? What you need to know to stay safe when heading out