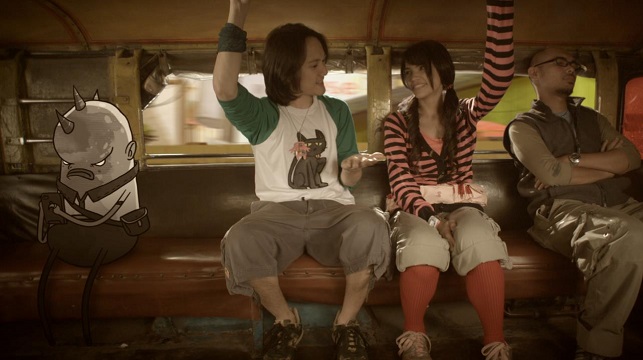 Saving Sally Is Coming to Netflix This Month

This cool Pinoy film took over 10 years to make.

(SPOT.ph) Still haven't gotten around to watching this cool "semi-animated" film? Well mark your calendars then, because Saving Sally is coming to Netflix on October 15! Rocketsheep Studio, the company behind the film, made the announcement online on October 1—cheekily mentioning something about a "monster penis" while they were at it, but we wouldn't want to spoil anything.

Even better, it looks like folks abroad will be able to check out the movie, too. "It should be available all across Asia and quite possibly Europe as they took our French subtitles," the studio wrote in the caption. Note the well-deserved "Huzzah!" Saving Sally took around 10 years to make so landing on the global streaming platform is definitely something to cheer about.

We know what you're thinking: this movie reminds you of Scott Pilgrim with the awesome blend of live action and animation. "I wrote the story in 2002, the Scott Pilgrim comics were in 2004, and the movie was in 2010," clarified Charlene Sawit-Esguerra, the film's writer, in a previous interview with SPOT.ph.

Sawit-Esguerra and Avid Liongoren, Saving Sally director, are aware of the comparisons—and the claims of unoriginality. "We're a little sad when we see some people insisting that we  copied the concept or visual style of our film from a western movie," shared Sawit-Esguerra.

"It's almost as if they have no faith that a fellow Filipino could have come up with something like Saving Sally on their own...even if we did. I think it's an indication of a lack of belief in our capabilities, and each other," continued the writer, who added that she hoped things would change soon, and not just for Pinoy animators but for Filipinos everywhere. The film and its 10-year-long journey to fruition is testament to what Pinoys can do so be sure to check it out!