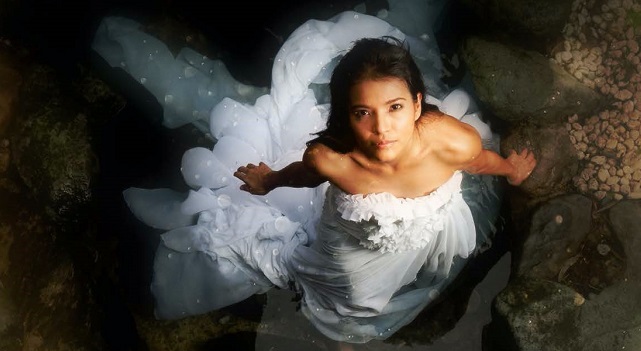 Alessandra de Rossi Just Released a Trippy Single and Is There Anything She Can't Do?

She has officially signed with indie label Lilystars Records!

(SPOT.ph) Don't lie: you've definitely teared up at an Alessandra de Rossi film before (if not a full-on breakdown), whether it was Kita Kita, Through Night and Day or one of the many others under her belt. And it looks like the actress is serving up even more feels—this time as a singer. De Rossi dropped her remastered single "Make It Better" today, October 2, with a music video to boot. Get ready for a trippy, ethereal ride.

If the chill electro-pop beat and ethereal visuals gave you major nostalgic vibes, that's because De Rossi originally wrote the song in 2010. "It’s supposedly written for someone, but maybe I was looking for the exact words that I really wanted to tell myself," De Rossi shared in a statement. "But dedicating it to someone else felt easier. Is it too vague? Don't worry, the feeling is mutual."

The remastered track comes after De Rossi signed with indie label Lilystars Records—so you can expect even more music from the solo artist! Oh, and be sure to note that the director-slash-producer-slash-writer-slash-actress goes by the acronym"ADR" when she's making music.

"Make it Better" was part of De Rossi's first album, Adrift, released in 2012 as a zip file available to share digitally. Adrift had a total of 13 chill, ambient tracks that will also be released as remastered album, said the label.

"I was told by so many, that no one would buy my music because it’s not pop enough for radio," ADR said. "But it’s 2020: everything is much more accessible, thanks to all online streaming platforms." Her first single is streaming on YouTube and Spotify.

De Rossi has been making and sharing her music since 2008, whose first official release under Lilystars is a sample of her original sound. "It makes me feel crazy to be lined up with musicians who are really legit, and I'm still trying to let everything sink in. I don’t know if I should be terrified or very terrified," she joked.