Burrow, Pixar's New SparkShort, Set to Play in Theaters With Soul
Loading
Already a member? Log in
No account yet? Create Account
Spot.ph is your one-stop urban lifestyle guide to the best of Manila. 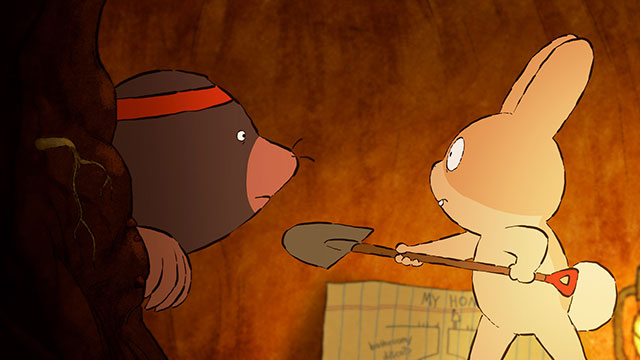 Take a look at Burrow.

(SPOT.ph) We all have our own favorites when it comes to Pixar’s short films: there are the classics like For the Birds, the four-minute film by Ralph Eggleston that came out in 2000 with Monster’s Inc.; and there are the newer ones like Bao by Domee Shi, released in 2018 with The Incredibles 2—both short films went on to win the Academy Award for Best Animated Short Film. It’s not their award-winning qualities that make Pixar shorts stick with you, though. It’s the fact that, in less than 10 minutes, these movies manage to resonate with pretty much all of us, wherever you’re from and whatever your age. Pixar’s latest short, Burrow, is probably going to do exactly that.

Scheduled to come out with the upcoming Soul (featuring Tina Fey and Jamie Foxx), Burrow tells the tale of a young rabbit in search of the perfect home. It doesn’t all go according to plan, though, and she discovers that sometimes, what you’re most worried about doesn’t matter as much as you thought. The film, directed by Coco animator Madeline Sharafian, uses old-school 2D style that’ll remind you of the cartoons of your childhood. Run time is just under six minutes.

Earlier this year, Pixar released Out, a story that revolved around a gay man struggling to come out to his family. And in late 2019, the very first Pixar short that featured Filipino characters, Float by director Bobby Rubio, got plenty of Pinoys buzzing. Both short films were made available on Disney+, which is not yet available in the Philippines as of writing.

Float was directed by Bobby Rubio, who also has The Incredibles 2 and Inside Out among his credits.

Burrow will play in theaters before Soul, which is set to be released in the U.S. on November 20. Local release dates are yet to be announced.