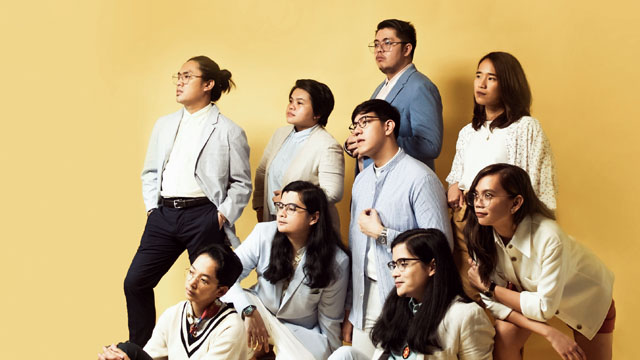 They recently took to Twitter for a very important announcement!

(SPOT.ph) Ben&Ben has been making the most of the strange times we're all in, creating new music, moving in together, and gifting everyone with epic K-Pop covers. And their latest announcement is on another level of exciting. The nine-piece indie-folk band has been nominated as the Best Southeast Asia Act for the 2020 MTV European Music Awards! Even better is that you can help them win the award, so if their smooth sounds have been making your quarantine a little more bearable, take note.

The band took to Twitter on October 6 to explain how you can vote for them online. You can head on over to the MTV European Music Awards (EMA) page for Southeast Asian acts and simply click on the "vote" button below their picture. And yes, you can vote an unlimited number of times until November 3! The awards ceremony will air globally on Sunday, November 8.

"Pangarap talaga naming umabot tayo at 'yong music ng Ben&Ben sa iba't ibang part ng mundo," tweeted the band, explaining that winning the award would be a step closer to this goal. They also gave a shoutout to their fans saying that they wouldn't have reached such heights without them. "Let's get this liwanag!" they wrote.

Ben&Ben is up against five other acts from across the region: Indonesia's Agnes Mo, Malaysia's K-Clique, Singapore's Benjamin Kheng, Thailand's Violette Wautier and Vietnam's Jack. Give them a click (or two, or more) on the MTV site if you think they deserve the award!