Ginhawa Iloilo Documentary Shot on Phone; Wins at Int'l Film Fest
Loading
Already a member? Log in
No account yet? Create Account
Spot.ph is your one-stop urban lifestyle guide to the best of Manila. 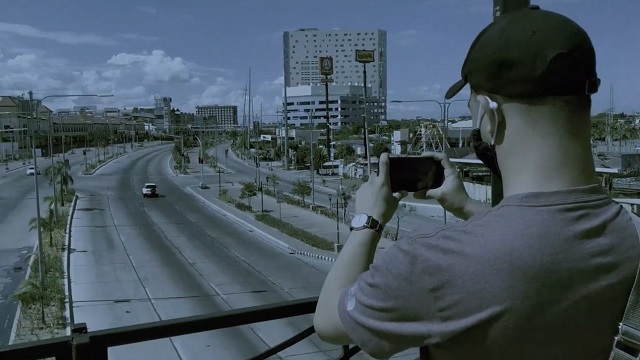 (SPOT.ph) The quarantine has almost everyone aching for more space to breathe—as one documentary managed to capture in a quiet and poignant way. Ginhawa is an hour-long film that takes you into life in Iloilo City at the height of the quarantine, all shot through the smartphones of filmmakers Kevin Piamonte and Kenneth Dela Cruz. The film made its world premiere on October 11 at the Amsterdam Lift-Off Film Festival—and became the number-one film among 30 global entries in the Pathfinder Category.

Filmed entirely on phones, the film features snippets of how much life in the Western Visayas city—one dubbed the "Wakanda of the Philippines" for its enviable response to the pandemic—truly changed. It takes a deep dive into the lesser known parts of the quarantine: fisherfolk being arrested after their daily hunt, a non-traditional celebration of Lent, a lone car parked on the normally busy highways of Iloilo City.

"When we started, we had no idea of what we were going to do," Piamonte told the Daily Guardian. He explained that he and Dela Cruz were merely looking for space to breathe—which prompted them to explore the city, quarantine rules be damned.  They ended up on the beach, where conversations with the struggling fishermen inspired them to create the documentary. "We really hope we can eventually screen our film here in Iloilo and we can all breathe together," wrote Piamonte on Facebook on October 19.

You might have first heard of Piamonte when his full-length documentary Lugta ke Tamama (Land From God) had its world premiere at the 2018 Busan International Film Festival in South Korea. The hard-hitting film told the story of Ati communities on Boracay Island and their struggle to preserve their culture in the bustling tourist spot.

Best part? You can watch this documentary when it streams as part of the 2020 Pista ng Pelikulang Pilipino from October 31 to November 15. Meanwhile, we have our fingers crossed Ginhawa gets a local screening soon, too!