Warner Bros. 2021 Movies on HBO Max; Will PH Stream Them Too?
Loading
Already a member? Log in
No account yet? Create Account
Spot.ph is your one-stop urban lifestyle guide to the best of Manila. 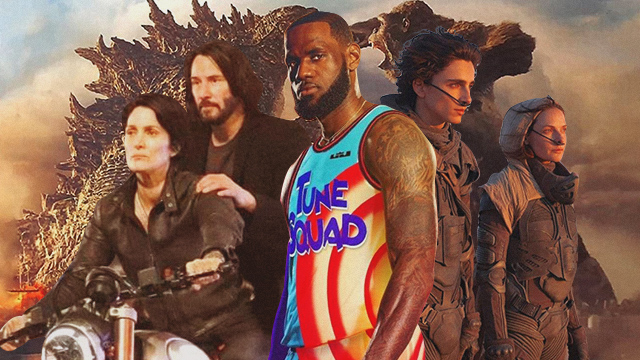 Warner Bros. Is Dropping All of Its 2021 Films on HBO Max; Here's What That Means for You

Will HBO Go get in on the action, too?

(SPOT.ph) Warner Bros. has officially announced that they'll be releasing their 2021 slate of big-ticket films in U.S. theaters and on HBO Max simultaneously. This means that audiences will have the choice of going out into the new world—as shaped by COVID-19—and watching it in cinemas or cuddling up at home and hitting play online. They're kicking it off big with the release of Wonder Woman 1984 right on Christmas Day 2020, followed by a slew of epic and much-awaited movies like Dune, The Suicide Squad, The Matrix 4, and much more throughout 2021. Only question is, will Filipino audiences get a cut of the action?

"Available on HBO Max in the U.S. only at no extra cost to subscribers," noted the massive entertainment company WarnerMedia in a follow-up tweet. The plan is to put the new releases on HBO Max for a month while also screening them in physical theaters, according to a report by The Verge. The year-long experiment comes after Tenet, their big-ticket Christopher Nolan film, which was released in U.S. and UK. theaters in the last half of 2020—and did not do as well as expected.

"We know new content is the lifeblood of theatrical exhibition, but we have to balance this with the reality that most theaters in the U.S. will likely operate at reduced capacity throughout 2021," said Warner Bros. chief Ann Sarnoff.

The initial list of films set to stream in 2021 include:

It's a pretty impressive list, no doubt. We're curious what this means for the Philippines, as indoor cinemas in Metro Manila are still closed months into the world's longest quarantine.

HBO Max was launched in May 2020 and is currently available in the U.S. and its select territories. Meanwhile, their older streaming service HBO Go landed in the PH in December 2019. HBO Max is basically a deluxe version of HBO Go; content is essentially the cable channel's rotating list of movies plus original series, only HBO Max has a longer list of titles and also serves as the main platform for new releases. "HBO Max is essentially being positioned as a replacement for HBO Go and HBO Now," according to a Business Insider report.

What's sure is that WarnerMedia is planning a global rollout for HBO Max. Latin America is the target expansion area for 2021, as reported by Deadline in July, but fingers crossed that the shift to streaming means they're looking into other areas as well.

Meanwhile, there is hope that new releases on HBO Max could also land on HBO Go. We can't yet say for sure if the same will be true for the Philippines, but the last HBO Max exclusive premiere in the U.S., Kaley Cuoco's The Flight Attendant, also premiered on HBO Go locally the same day. There's also no word yet on whether they decide to rollout HBO Max worldwide or stream their new films on all their platforms, but we'll be on the lookout for updates!

Adventurer Savvy Hbo Go Warner Bros. Hbo Max Streaming Streaming Services Staying In
Your Guide to Thriving in This Strange New World
Staying
In? What to watch, what to eat, and where to shop from home
OR
Heading
Out? What you need to know to stay safe when heading out