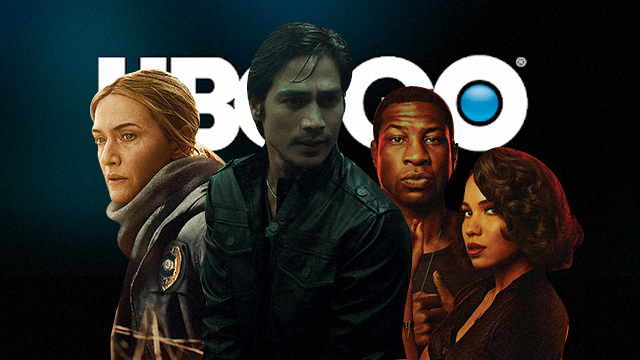 Prep your snacks for your marathon this weekend.

(SPOT.ph) Some subscriptions have become musts for us these days. Hardly anyone goes without a mobile data or Internet plan, others rely on music memberships to drown out WFH white noise, and a lucky few get food staples like veggies, bacon, or eggs delivered to their doorstep on a consistent schedule. Entertainment subscriptions have turned into monthly must-haves too. We’ve eschewed cable and regular TV for the seemingly infinite supply of TV shows and movies available to us 24/7 thanks to the most popular streaming services.

Hit the couch, prepare the popcorn, and watch these HBO Go series:

Kate Winslet produces and stars in this seven-episode series that came out earlier this year. Winslet manages to shed all traces of Hollywood glamour, and completely transforms herself into small town Pennsylvania detective, single mom, and former high school basketball star Mare Sheehan. The series traces an unsolved missing person’s case from start to finish—and, just like Mare, you’re left on the edge of your seat as the narrative plays out. If you’re in a dark and gray mood, you’ll love this atmospheric show. Every episode also gets some incredibly timed comedic moments, thanks to Jean Smart who plays Mare’s mother, Helen.

With October fast-approaching, you may be in the mood for a modern gothic horror—something that Lovecraft Country’s mix of adventure, fantasy, science fiction, and history. Produced by JJ Abrams and Jordan Peele, its 10 episodes lead you through a journey into racism, segregation, and inequality in the '50s. Atticus (Jonathan Majors) is a Korean war veteran in search of his missing father (Michael Kenneth Williams) accompanied by a childhood friend (Jurnee Smollett) and uncle (Courtney B. Vance). If you want to escape reality’s horrors for a visually arresting and bewitching parallel universe, this gory tale might just be the one for you.

Michaela Coel is one of the UK’s brightest stars to date. The actress, director, writer, and producer is behind this highly acclaimed series that dives deep into dating and relationships, and the intricacies surrounding sexual consent. Arabella (Michaela Coel) emerges from a tequila-fueled night, trying to piece together what exactly happened to her. The 12-episode series can be a tough, emotional watch but is essential in this post-#MeToo era. JSYK, the show is packed with trigger warnings for themes of sexual violence.

If you’re looking for a teen drama that steers clear of the usual high school tropes, then you might want to give this controversial series a shot. This NFSW show isn’t for the kids or the pearl clutchers though. Euphoria gets a reputation for racy nudity, sex, drugs, and violence—all used as devises to tackle growing up in suburban America, social media, and anxiety. Here, Zendaya sheds her clean-cut image and pushes the envelope as lead character Rue Bennett.

If you still haven’t had enough of today’s dystopian reality, dive straight into Margaret Atwood’s vision of the future. Elisabeth Moss plays June, who’s forced to live under an eerie fundamentalist dictatorship where women are kept as concubines and men have all the power. The Emmy-winning series was renewed for its fifth (and rumored final) season just last December, so you have time to do a marathon catch-up run before more horrors unfold.

Fans of Erik Matti’s popular 2013 film On the Job heads to the small screen with a six-part series based on the avant-garde action thriller. Prison inmates are set to assassinate politicians, carrying out directives from crime syndicates backed by people in power. The heart-stopping episodes inspired by real life themes of disinformation and tech are directed, still, by Matti. Expect to see showbiz stalwarts like Joel Torre, Piolo Pascual, John Arcilla, Dennis Trillo, and Gerald Anderson, among others.

Sleeper hit Enlightened is a dark comedy revolving around the spiritual awakening of a woman, who wants to break free from the clutches of corporate America. Laura Dern is compelling as Amy Jellicoe, whose episodic spirals are so good, they’re almost fun to watch.

Produced by David Kelly and based on Liane Moriarty’s bestselling novel, the two-season series walks you through the lives of rich, suburban Monterey moms as an unexpected death hits their community. The show that started a string of TV hits for Hollywood bigwigs like Reese Witherspoon and Nicole Kidman, it also features Laura Dern (who unleashes a show-stopping performance as Renata), Meryl Streep, Zoe Kravitz, Shailene Woodley, Adam Scott, and Aleksander Skarsgård. This is prestige television at its finest.

Get an insider look at Ronan Farrow’s Pulitzer-winning investigation of the Harvey Weinstein scandal. Farrow’s in-depth detective work and journalistic prowess has taken publishing, news, and podcasts by storm—it only follows that he releases a TV version of his Me Too expose for the small screen. Compelling, in-depth interviews that track the events that led to Weinstein’s comeuppance will have you believing that truth is stranger than fiction.

Adventurer Savvy Staying In Hbo Go Streaming Services The White Lotus Mare Of Easttown Lovecraft Country I May Destroy You Euphoria The Handmaids Tale Enlightened Big Little Lies Catch And Kill The Podcast Tapes On The Job Con-00263 Guide Greener
Your Guide to Thriving in This Strange New World
Staying
In? What to watch, what to eat, and where to shop from home
OR
Heading
Out? What you need to know to stay safe when heading out