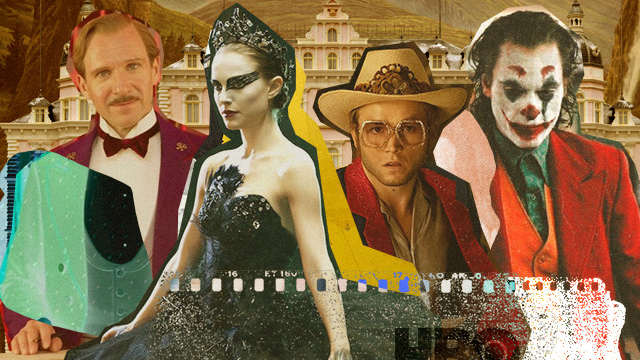 Are you ready to face Joaquin Phoenix's Joker again?

(SPOT.ph) Running out of content to stream? By “running out,” we mean endlessly scrolling through your choices and spending way more time searching than actually watching. Don’t worry, we feel you. To freshen up your list, we round up some no-fail hits on HBO Go. You probably watched these big blockbuster films in the cinemas when they first came out—what with all the fanfare and well-deserved hype for the huge projects—and now you can watch them all over again. Because why the heck not?

Also read:
The Boys, Flower of Evil + More: What We're Watching This Weekend
Time to Catch Up: Here Are Netflix Philippines' Most-Watched Releases for 2019
Best in Feels: 10 Filipino Romance Movies to Stream Now

Cut down your time spent scrolling and check out these blockbuster hits you can stream on HBO Go:

Anyone else still reeling from that scene with the hangnail? And that wasn’t even the most jarring part of this psychological thriller. Get your warmest blanket and cuddle in deep if you want to go back into the world of Nina (Natalie Portman), a ballerina on the slow and brutal path to madness as she takes on the double role of the swan queen.

Take it all the way back to the first movie centering around the tales of Ed and Lorraine Warren, real-life paranormal investigators portrayed by Patrick Wilson and Vera Farmiga. How many American families must we watch move into a clearly haunted house and suffer for it? And more importantly, will we ever get tired of this storyline? Well, when you’ve got thrills and scares as good as The Conjuring, then probably never.

Revel in one of Wes Anderson’s most uniquely Anderson-like films to date. We all know the director’s films have a certain (very symmetrical) look and feel to them, but The Grand Budapest Hotel is arguably one of his most recognizable works. It follows Ralph Fiennes as Monsieur Gustave H., famed concierge of a whimsical mountainside resort, and lobby boy Zero Moustafa (Tony Revolori) as they escape from police after Gustave is accused of murdering a wealthy dowager (Tilda Swinton).

Need to feel cool by association? Rewatch the not-your-usual action film Baby Driver. Complete with epic car chase scenes, a fresh visual style, and one hell of an awesome soundtrack, this movie is sure to get your blood pumping. If you haven’t seen it yet, here’s the gist: Baby (Ansel Elgort) is the getaway driver for a bunch of hardcore thieves. After meeting Debora (Lily James), he does his best to turn his life around—only to end up on one last heist that could make or break the rest of his life.

Turn away from the usual dark and brooding landscapes of the DC Universe with Aquaman. Who wouldn’t want to see Jason Momoa portray the badass reluctant hero again (and again)? Watch Aquaman, son of human lighthouse keeper Thomas Curry (Temuera Morrison) and Atlantean Queen Atlanna (Nicole Kidman), as he fights his way to his rightful place on the throne of Atlantis.

Dive back into this awesome animated parallel universe where Spider-Man is a kid named Miles Morales. The first animated Spider-Man film follows Morales becoming a superhero after his world’s OG Spider-Man is killed by Kingpin. He then crosses paths with multiple versions of Spider-Man from different dimensions—Peter B. Parker, Gwen Stacy, Spider-Man Noir, Peni Parker and Spider-Ham—and they band together to defeat Kingpin.

What makes an icon an icon? Check out this biographical film on Elton John, as portrayed by Taron Egerton—and played out with some of the British superstar’s songs. The film follows the life of Elton John from his days as a young prodigy at the Royal Academy of Music to his rise to stardom, all while struggling with addiction. It focuses on his cold relationship with his parents, the abusive one he had with lover and manager John Reid (Richard Madden), and his lifelong friendship with lyricist Bernie Taupin (Jamie Bell).

Horror takes on a new perspective in this Jordan Peele film. It stars Lupita Nyong'o as Adelaide, a young woman haunted by an encounter in a funhouse full of mirrors as a child (the perfect setting for something really creepy, we think). Now grown, her and her family are suddenly attacked by a menacing group of people who look exactly like them; doppelgängers on the hunt. This was arguably a fresh take on the horror genre and if you haven’t been able to watch it yet, then prepare yourself for one heck of a surprise.

What happens if you give a 14-year-old kid awesome superpowers? In Shazam!, Billy Batson (Asher Angel) is a foster who is given the ability to become an adult superhero (Zachary Levi) by an ancient wizard in the magical realm of the Rock of Eternity. He must battle Thaddeus Silvana (Mark Strong), an older guy hell bent on getting revenge for not having been chosen by the wizard.

There have been many portrayals of the famous DC villain Joker over the years, but perhaps none as controversial, and arguably as heavy as Joaquin Phoenix’s. This film traces the Joker’s cruel descent into madness, from his tragic life as Arthur Fleck to his eventual donning of the Joker’s identity in Arkham. Love it or hate it, this polarizing film is definitely one worth watching twice.