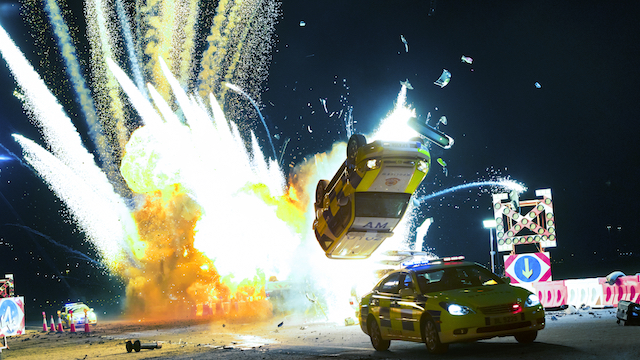 Time to Catch Up: Here Are Netflix Philippines' Most-Watched Releases for 2019

Which ones have you watched?

(SPOT.ph) You've probably been sharing funny posts or inside jokes about your latest Netflix show or film obsession, or you're most likely encouraging your workmates to ride aboard the K-Drama train. We know you'll vouch for your own faves, but there's no denying some titles made waves this year. Netflix just revealed the biggest 2019 releases in the Philippines, and their lists revealed what was a great hit amongst Pinoy viewers.

Netflix notes in a Facebook post comment that "the lists are ranked by the number of accounts watching at least two minutes of a series, movie, or special during its first 28 days on Netflix in 2019."

Right at the very top—as in the overall top of Netflix's releases—is the Michael Bay film 6 Underground, starring Ryan Reynolds. Next on the list is the Adam Sandler and Jennifer Aniston film Murder Mystery. Coming in third is Mikhail Red's Eerie, which stars Bea Alonzo and Charo Santos-Concio, and is the streaming platform's biggest Filipino release for 2019.

Rom-com The Perfect Date, starring Noah Centineo and Laura Marano, lands at number four. In fifth place is another Filipino title: Miss Granny, which stars Sarah Geronimo and James Reid, and is a Pinoy remake of the South Korean film of the same name. The Netflix Original series The Witcher, starring Man of Steel's Henry Cavill, follows at number six, which happens to be the biggest series release of 2019.

Netflix also has separate lists for series releases and film releases. Take a look at each top 10 list below:

Sex Education, season 3 of Stranger Things, and The Umbrella Academy round up the top five for series releases. Korean dramas Kingdom and Love Alarm also make the list.

Pinoy film The Girl Allergic to Wi-Fi directed by Jun Lana and starring Sue Ramirez also makes it to the top 10 of Netflix's film releases.