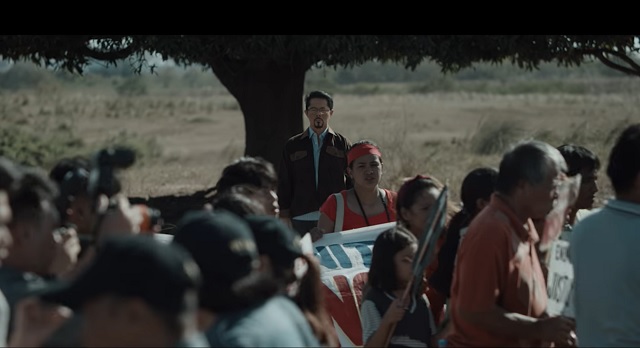 On the Job is now a sure-to-be-epic six-part series.

(SPOT.ph) On the Job is coming back. The follow-up to the 2013 thriller hit will premiere as a six-part HBO Asia Original Series, dropping on HBO Go on September 12! Raise your hands if you've been waiting on this Erik Matti mini-series since news first broke in 2016 too.

What You Should Know About the On the Job Series

HBO Asia announced that the series will stream exclusively on HBO Go. The OG stars, Joel Torre, Gerald Anderson, Joey Marquez, and Piolo Pascual, are coming back for the series, said Variety. Dennis Trillo, John Arcilla, and Christopher De Leon are just some of the big names joining the series.

Production company Reality Entertainment released a badass short trailer-slash-backgrounder on the mini series and On the Job: The Missing 8. The latter being a feature-length film composed of select episodes from the series—which had thrice the budget of the OG movie, said the production company. And better yet, On the Job: The Missing 8 is the sole Asian entry at the 78th Venice Film Festival, a.k.a Venezia 78, to be held this September.

Also read: PSA: Erik Matti's New Film Is Out and It's a Real Steamy One

As a refresher, the 2013 film followed two hitmen who are part of a crime syndicate, sketchy police officers, and the politicians at the very root of pretty much everyone's problems. The first two episodes of the series will be the remastered version of the OG 2013 Cannes entry, plus some never-before-seen content. The series will continue spotlighting the Philippines' underbelly, while touching on "fake news" and the power to sway the truth.

Hbo Go Streaming Services Erik Matti On The Job Adventurer Savvy Seasoned Staying In
Your Guide to Thriving in This Strange New World
Staying
In? What to watch, what to eat, and where to shop from home
OR
Heading
Out? What you need to know to stay safe when heading out