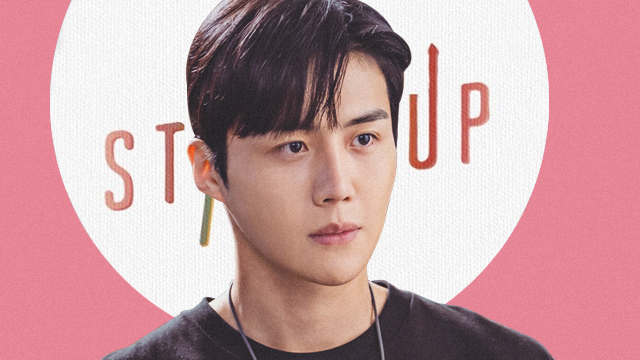 Plus, his thoughts on that nickname!

(SPOT.ph) It's been more than a week since Start-Up on Netflix aired its final episode, but we wouldn't blame you if you're still suffering from "Second Lead Syndrome," thanks to Kim Seon Ho's character, Han Ji Pyeong. While the events in the last episode in relation to Ji Pyeong left some questions unanswered, it cannot be denied that this series made Seon Ho extremely popular globally—before the show aired, the actor had 600,000 followers on his official Instagram account according to allkpop. As of writing, he has 3.5 million followers.

The show also had some viewers caught up with Internet debates and posting essay-quality posts about either #TeamBigHands or #TeamGoodBoy a.k.a. which character the female lead Seo Dal Mi (played by Bae Suzy) should end up with. Even Yael Yuzon of Sponge Cola penned a song inspired by Ji Pyeong!

In a Netflix interview with Seon Ho, he shared his thoughts on the outpouring of love for him and his Start-Up character. Seon Ho admits that he's "trying not to get too excited" and finds it an honor that a lot of people have been very supportive of his most recent role. "I'm so happy as an actor," he beams.

He also breaks down the differences between his character in Start-Up and his real self. "Ji Pyeong is very fancy," begins Seon Ho. While his character is often seen wearing suits, he prefers to wear suits...we mean tracksuits. Seon Ho also reveals that he's low-maintenance, sharing how he just washes his hair and heads out as opposed to his character Ji Pyeong, who puts on pomade.

Of course, you can't have a conversation with Seon Ho without bringing up the "Good Boy" debate. In the series, Mrs. Choi, Dal Mi's grandmother, sees beyond Ji Pyeong's cold exterior and gives him the monicker "Good Boy" for always doing what grandma says and asks of him, although he's mostly reluctant to do so at first. "Ji Pyeong says harsh words, but I can't really say hurtful words to people," Seon Ho shares. Earlier in the interview, he says that "Good Boy" as a nickname doesn't really suit him. "But the director told me that the actor Kim Seon Ho and Ji Pyeong match well." He then adds, "But I hear that I'm kind. I try not to cause anyone any trouble." If that isn't Good Boy material, we don't know what is, really.

Watch the rest of the interview below:

Start-Up is streaming on Netflix.

Adventurer Savvy K Drama Kim Seon Ho Netflix Han Ji Pyeong Start Up Streaming Services Staying In
Your Guide to Thriving in This Strange New World
Staying
In? What to watch, what to eat, and where to shop from home
OR
Heading
Out? What you need to know to stay safe when heading out