What to Watch on Netflix PH in December 2020: Shows and Movies
Loading
Already a member? Log in
No account yet? Create Account
Spot.ph is your one-stop urban lifestyle guide to the best of Manila. 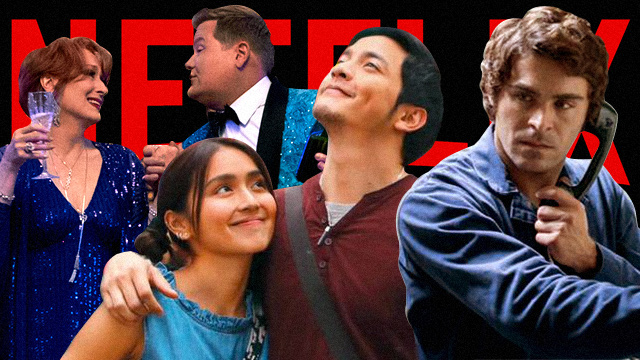 We can't wait for Hello, Love, Goodbye, The Prom, and more!

(SPOT.ph) The end of 2020 is almost here! Before you start saying goodbye to this crazy year, Netflix has a few more goodies to drop. For December, there's a slew of Oscar buzzy films, Pinoy picks, and some good old K-Drama. Check out the most exciting titles to keep an eye on.

Mark your calendars for these movies and series coming to Netflix this December:

Gary Oldman is back as another totally unrecognizable character, this time as Herman J. Mankiewicz, the alcoholic writer for what is considered to be Hollywood's greatest movie, Citizen Kane (1941). The black-and-white film stars one hell of an ensemble cast and is getting some very real Oscar buzz.

Why you should watch it: If the trailer is anything to go by, then you best set in for a wild, non-linear ride matching Citizen Kane's original groundbreaking style.

This 2019 indie hit is gaining a wider audience through Netflix! It follows the HIV positive teenager Kalel as he is confronted by some very adult, and very dark decisions that he has to make.

Why you should watch it: The groundbreaking film has been much praised for its portrayal of a darker side of Philippine society.

Ryan Murphy is at the helm of this Broadway musical adaptation. It stars James Corden, Meryl Streep, Nicole Kidman, and Andrew Rannells as musical has-beens on a mission to reclaim their fame. How? Some good old, self-absorbed, celebrity activism via a small town girl who is banned from attending her school's prom with her girlfriend.

Why you should watch it: Streep in an LGBTQ+ musical. Need we say more?

Take it back to this JoshLia romantic comedy! The quirky Mika (Julia Barretto) is on a mission to hunt down aliens and brings along Caloy (Joshua Garcia), a cancer patient. The pair then go on a journey that, while may be completely alien-free, isn't without its lessons.

Why you should watch it: This romantic comedy helmed by Antoinette Jadaone takes you on an unusual yet touching ride.

South Korea has been on a roll with thriller action lately and Sweet Home is setting up to be no different—this time as a series! It revolves around Cha Hyun Soo (Song Kang) who is alone to fend for himself as a monster virus ravages the world around him.

Why you should watch it: Who doesn't want to stress themselves out a little bit with some apocalyptic feels?

This drama film made waves when it dropped in the U.S. in 2019 and we finally get to see what all the buzz was about here. It tells the tale of one of America's biggest serial killers, Ted Bundy.

Why you should watch it: Zac Efron has never been farther from his High School Musical days in this creepy thriller.

Augustine (George Clooney) is a scientist stuck in the arctic of a post-apocalyptic Earth. He and his daughter strive to stop austronauts out in space from returning to a home that no longer exists.

Why you should watch it: It's an introspective, heavy film about an uncertain future.

If you haven't already watched it—or simply want to watch it all over again—then mark your calendars for this Cathy Garcia-Molina hit. It stars Kathryn Bernardo and Alden Richards as Joy and Ethan, two overseas workers in Hong Kong.

Why you should watch it: This drama changed up the usual love-team equation not just with the new pairing, but the narrative and overall style.

Carlo Aquino and Maine Mendoza star in this touching romantic comedy. They make for an unexpected pairing, but thats what makes it all the more interesting!

Why you should watch it: The film is arguably one of the first mainstream productions to feature sign language.

The BL genre has taken the country by storm, and one of the popular shows is Gameboys. The web series is set to be released globally in December—and with never-before-seen footage to boot (hence the "Level-Up Edition").

Why you should watch it: Elijah Canlas, the same actor behind the heartbreaking performance of Kalel, plays one half of the adorable Gameboys pair, together with Kokoy De Santos.