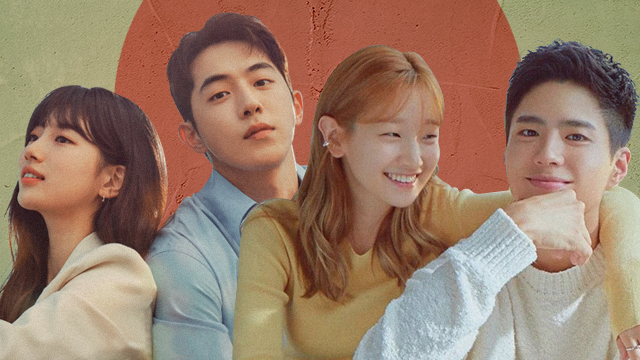 10 K-Dramas to Stream Right Now, According to Spotters

Have you seen these shows?

(SPOT.ph) Wondering what K-Drama to binge watch next? Worry not, as SPOT.ph readers have swooped in with recommendations! We asked you guys what Korean titles you are currently binge-watching and we ended up with an exciting list of new and old shows.

Look, K-Dramas are everywhere now—and trust us, we are doing the opposite of complaining here. So whether you can't decide which title to feed your obssession with next or you're finally joining the hallyu party, you might just find your next watch here.

Stream these fun titles on your next K-Drama binge watch session:

Young people trying to reach for their dreams and maybe even find love in the process—what's not to relate to? Bae Suzy stars as Seo Dal Mi, a 20-something dreamer who finds herself leading a start-up alongside math genius Nam Do San (Nam Joo Hyuk). Apart from navigating the complicated world of start-ups, she also has to deal with issues that are linked to her childhood, which separately involves investment manager Han Ji Pyeong (Kim Seon Ho) and sister-slash-entrepreneur Won In Jae (Kang Han Na). The series was a runaway winner in the comments so why not give it an ep or two to find out what all the buzz is about?

This Park Bo Gum and Park So Dam series is another youth-oriented K-Drama that just hits the relatability sweet spot. Bo Gum stars as Sa Hye Jun, an aspiring actor, and So Dam as Ahn Jeong Ha, a makeup artist and Hye Jun's number one fan girl, respectively. The series is a light watch that will have you rooting for the characters to achieve their dreams!

This series made a splash earlier this year when it brought mental health to the forefront. It follows Moon Gang Tae (Kim Soo Hyun), a caregiver in a psychiatric ward, and Ko Mun Yeong (Seo Ye Ji), a popular children's book author with antisocial personality disorder. Apart from the unusual romance, keep an eye out on Ye Ji's killer outfits, too!

This series is not to be confused with the classic K-Drama My Girlfriend Is a Gumiho that had Pinoys hooked in 2011. Although this one does center around the same mythical creature, a nine-tailed fox called gumiho, the 2020 series takes on a darker storyline between two brothers—who are yup, gumihos—wreaking havoc in the modern world. Enter producer Nam Ji Ah (Jo Bo Ah) who looks oddly like one of the brother's soulmates—and also runs a show on Korean myths and legends.

If you're into something a little more sobering, check out this drama. My Mister follows the lives of two wildly different people: one a serious and stoic engineer and senior officer at a company, and the other a young but already hardened new hire tasked to spy on the other. My Mister takes a hard look at the realities of life and the ties that bind people together.

Amp up the drama with this suggestion! The World of the Married caused waves with its high-intensity portrayal of a once-perfect and respectable family wrecked by an affair—with seedy characters on both sides of the marriage. It's an edge-of-your-seat drama that will leave you confused, enraged, yet wanting for more.

For a lot of sweet-little-nothings, which, who are we kidding, are never really nothing, check out the love story between Jin Ah (Son Ye Jin) and Joon Hee (Jung Hae In)! The two are old friends who are reunited after years apart, finding each other at different points in their lives, with the series tracking how their relationship plays out.

How about a Korean Ocean's Eleven? This cool series with Seohyun of Girls Generation as the lead revolves around a group of professional swindlers and con artists. Their heists lead them to discover a national-level secret that can either break or make them—leading them to go up against a huge conglomerate to reveal the real deal.

Raise your hands if you can't get enough of shows that revolve around a group of friends! In this one, the show follows a group of inmates and their lives behind bars—led by a superstar baseball pitcher wrongly put in the correctional facility.

For something more fun, check out this comedy series about three dudes trying to revive a failed guesthouse called—what else—Waikiki. The already rowdy bunch gets even more complicated when a single mom and her daughter move in. Best part? Both seasons of the show are on Netflix!

Adventurer Savvy Seasoned Netflix Streaming K-drama Ugc Greener Staying In Start Up Record Of Youth Its Okay To Not Be Okay Tale Of The Nine Tailed My Mister Something In The Rain Private Lives Prison Playbook Welcome To Waikiki Topspot Ugc
Explore Spot.ph