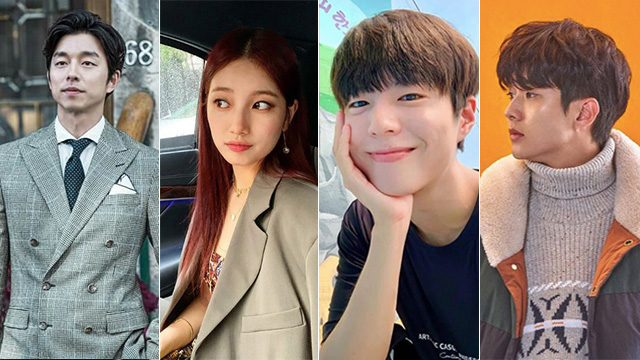 The movie will be about a simulated universe called Wonderland.

Our love for the hallyu wave isn't just limited to K-Dramas or K-Pop—we've also come to appreciate the thriving Korean film industry especially in recent years. Parasite may have gotten you interested in Korean cinema, and we know you're looking forward to the next big release from the Land of the Morning Calm. Some of your fave drama stars are crossing over to film with upcoming movie Wonderland, and here are the details we have about the project so far.

Here's what we know about upcoming Korean movie Wonderland:

It's going to be directed by Kim Tae Yong.

The South Korean director has worked solely on films, and this will mark his first collaboration with the aforementioned stars, if they sign on to the project. This Kim Tae Yong's first feature film in nine years, following the 2010 film Late Autumn.

It will feature a star-studded cast.

According to an exclusive report on Star News (as translated by Koreaboo), Gong Yoo has confirmed his casting and role for the upcoming film. Gong Yoo says that "even though his role would not be very big, he decided to appear in the movie due to his trust in the director."

Four out of five actors are from the same management company.

Management SOOP handles Gong Yoo, Yu Mi, Suzy, and Woo Shik. Gong Yoo has confirmed his participation, and the company has released a statement regarding Yu Mi's offer. If she signs on just like Gong Yoo, it's highly likely that the other two actors would be onboard as well.

The story will be set in a simulated universe.

According to Soompi, Wonderland "will tell the story of a simulated universe in which people are able to reunite with loved ones with whom they can no longer interact in reality."

Bo Gum and Suzy will be paired in this movie.

Gong Yoo will reportedly take on the role of a widower who decides to create a simulation of his deceased wife. Playing a young couple, Bo Gum and Suzy encounter difficulties in their relationship after Bo Gum's character falls into a coma. Woo Shik and Yu Mi will play characters involved in controlling the simulated universe called Wonderland. Sounds a bit like The Matrix!

It will also feature a Chinese actress.

Tang Wei will reportedly appear in the film to play the wife of a man in his late forties, presumably Gong Yoo's character. The actress is the wife of director Tae Yong. She's posted about the film's cast on Instagram!

As of November 2019, filming for Wonderland was scheduled to start in the first half of 2020. No new updates have been released, so be sure to keep posted!

Gong Yoo Park Bo Gum Bae Suzy Jung Yu Mi Choi Woo Shik Korean Film Adventurer Savvy Seasoned Syndication Syn-00296
Your Guide to Thriving in This Strange New World
Staying
In? What to watch, what to eat, and where to shop from home
OR
Heading
Out? What you need to know to stay safe when heading out