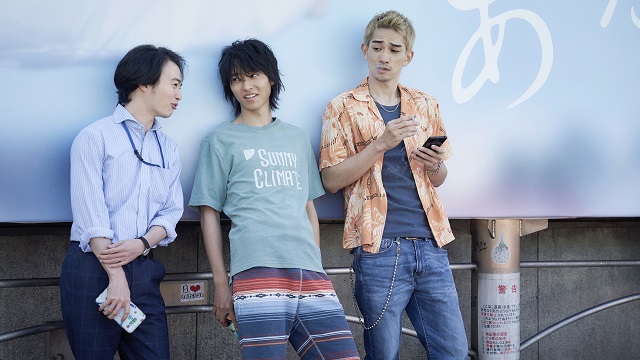 It's Official: Alice In Borderland Season 2 Is Coming

It is now the most popular Japanese live-action original on Netflix!

(SPOT.ph) Can't get enough of the crazy-exciting Borderland world? Well, here's an early Christmas gift from Netflix: The Japanese live-action original has officially been renewed for a second season! Mixing in fantasy, adventure, and a whole lot of thrills, we know you can't wait to see what else Alice in Borderland has in store for you. Check out the first trailer of the series below:

For the unitiated, the action-packed series follows Ryohei Arisu (Kento Yamazaki), an directionless and unemployed gamer and his two friends Karube (Keita Machida), and Chota (Yuki Morinaga). The three Tokyo City boys are unexpectedly plunged into fantasy Borderland world where they must take part in a massive RPG-style game—one after the other in a never-ending battle for survival.

Alice in Borderland is currently the most popular Japanese live-action adaptation on Netflix. It is an adaptation of Haro Aso’s popular manga of the same name, which ran from 2010 to 2016.

Details for the second season are incredibly sparse as of yet, but here's what we do know! Alice in Borderland has been making waves across Asia since the first season dropped in December 10. In the few weeks since, it has made it to the top 10 trending list in Malaysia, Hong Kong, Singapore, Taiwan, Thailand, Vietnam, and the Philippines. It even trended across the globe in nearly 40 places, including Germany, France, Portugal, Austria, and Greece.

With all the excitement around the series, we're sure the second season is going to be just as epic. We'll keep on the lookout for more details!

Adventurer Savvy Netflix Streaming Service Alice In Borderland Japanese Streaming Services
Your Guide to Thriving in This Strange New World
Staying
In? What to watch, what to eat, and where to shop from home
OR
Heading
Out? What you need to know to stay safe when heading out