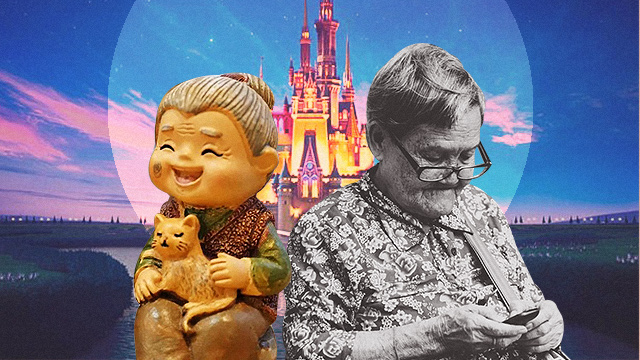 PSA: Disney Needs a Filipino Lola for an Upcoming Film

Check the requirements to see if your lola could be the one!

(SPOT.ph) If you have family based in the U.S., you may want to call them up because Disney is on the hunt for a lola! Yup, the house of mouse is currently looking for someone to take on the role of a Filipino grandmother in an unspecified upcoming film. Best part? No professional acting experience is required!

The call was put up by Katie Doyle Casting in Hawaii, working with Sarah Finn Casting (Avengers: Endgame, The Mandalorian, Guardians of the Galaxy) and is currently up on the job portal of Project Casting. They are "looking for an actress to play a role in an upcoming Walt Disney Studios film." So not very specific about which one but hey, it's a chance to be on a Disney film! And to bring some representation while you're at it.

They are looking for someone based in Hawaii who can speak English fluently, and must be authorized to work in the United States, either as a citizen, a green card holder, or an 0-1 visa holder, stated the casting call. The job will require you to fly to Atlanta, Georgia and stay there for a few days of shooting in mid-February 2021.

The casting call on the portal states that they are encouraging "performers who are Filipino or of Filipino descent to apply," but the call is open to anyone who feels they might just fit the bill. Act fast as they are reviewing video submissions in the first week of January and will soon be e-mailing applicants invites to audition!

They’re searching Hawaii for an actress to be in ‘Spider-Man 3’. Most likely going to play a relative of Ned. pic.twitter.com/DzaWaDb3pS

The casting call does not specify which movie they need a lola role for, but whispers are that it's for Spider-Man 3! Our bet's on the lola of Peter Parker's best friend, Ned Leeds (Fil-Am actor Jacob Batalon). Casting rumors for the much-awaited movie has been buzzy to say the least—with a possibility of all three main Spider-Men showing up in one film—but TBH, we're slightly more excited by the idea of seeing a Filipino grandmother in a big-ticket Disney movie.

Adventurer Savvy Seasoned Disney Spider-man
Your Guide to Thriving in This Strange New World
Staying
In? What to watch, what to eat, and where to shop from home
OR
Heading
Out? What you need to know to stay safe when heading out