How to Catch an Amazing Empty Shibuya Crossing for a Picture
Loading
Already a member? Log in
No account yet? Create Account
Spot.ph is your one-stop urban lifestyle guide to the best of Manila. 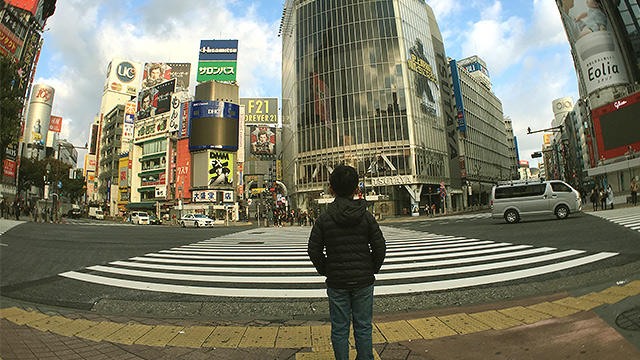 You will have to wake up early for an Insta-worthy moment like this.

(SPOT.ph) If you've tuned in to Netflix lately—or basically just went online—you've probably seen the buzz around sci-fi suspense series Alice in Borderland. The action-packed Japanese production has everyone obsessed and the first episode alone featured an epic scene: a completely deserted Shibuya Crossing. We've already talked about how they managed to pull off shooting scenes featuring an empty Shibuya, and here's the thing: You can visit the Tokyo landmark and recreate the Alice in Borderland scenes in this famed crossing—find out how one Pinoy was able to do just that.

Mike Chang was on a family trip in 2016 when he took this snap of his son, Mico, standing in a practically empty Shibuya Crossing. The area is known for being full of people most of the time; an estimate of 1,000 to 2,500 people cross the intersection every two minutes. Visuals of people flooding in and out of the crossing has made its way to movies and animes and even a Carly Rae Jepsen music video, stamping the chaos and beauty of Tokyo in everyone's minds. So what mystical events lined up for Chang and his son to be able to catch Shibuya Crossing so empty—especially since they hadn't even planned it that way?

Why Was Shibuya Crossing So Empty At the Time?

Chang and his son were at the area a little early, around 7 a.m.. "We had brought my wife to the airport shuttle pickup place, at one of the hotels near Shibuya Crossing," he says in an exchange with SPOT.ph. He and his son happened to be taking a later flight and were then looking for a way to kill time while waiting for their Airbnb check-out time—and Shibuya Crossing happened to be within walking distance.

When they got there, the father-and-son duo were in for a shock. Shibuya Crossing was practically empty. "Parang zombie apocalypse film. 'Where is everybody?'"he joked. As it turns out, Japan was celebrating Culture Day, a national holiday on the very day they ended up in a deserted Shibuya Crossing. The November 3 holiday, a.k.a. "Bunka no hi" is celebrated annually to honor traditional Japanese culture.

So How Can You Get An Equally Insta-Worthy Moment?

In case you want to recreate the epic moment Arisu and friends end up in Borderland—without them even knowing it—then you may want to take note of how Chang did it by chance. Timing your vacation around a Tokyo holiday may be a bit tricky so the best you can hope for is to go their before the morning rush. Yes, this means you will have to wake up early on a vacation.

We got to talk to Christopher De La Cruz, another Pinoy currently working as an engineer in Yokohama, who has spent some time in Tokyo as well. He says the crossing is the least busy before the trains begin operations, which is around 5 to 6 a.m. We know it's early, but Chang also noted that their Airbnb was barely half a kilometer away from Shibuya Crossing, which definitely meant they could maximize sleeping time instead of traveling time.

So there you have it: Be there early, book a nearby accommodation if you can, and do your best to plan your vacation on a national holiday and you might just be able to recreate the Shibuya scenes in Alice in Borderland.

Savvy Seasoned Japan Shibuya Instagram Alice In Borderland Travel Heading Out
Your Guide to Thriving in This Strange New World
Staying
In? What to watch, what to eat, and where to shop from home
OR
Heading
Out? What you need to know to stay safe when heading out