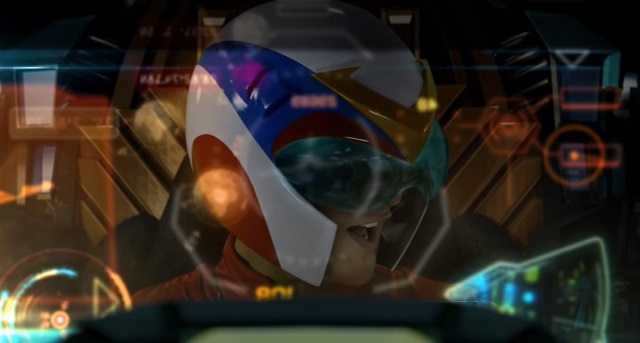 The Pilots and Boazanians Are Officially Back in Voltes V: Legacy's First Full Trailer

They're looking pretty good, if you ask us.

(SPOT.ph) The danger of recreating beloved moments from your childhood is that, well, it never really matches up—so believe us when we say that the upcoming live-series adaptation of Voltes V is a huge risk for creators (Read: Hoardes of '70s kids coming for them). GMA has dropped the first full trailer for Voltes V: Legacy and yup, hopes are high for the Philippine adaptation! Don't accuse us of being too optimistic just yet; check out the trailer below first:

Whoa. Did you see that? The Boazanian Skull Ship? Camp Big Falcon? Graphics that didn't make you want to tear your heart out and pretend you didn't just see that? Which pilot was that? Oh, and we know you peed a little when the lazer sword came on screen again for the first time in nearly four decades. Now all we need is to hear the theme song; fingers crossed they get to recreate that, too.

The trailer also offered our first split-second look at one of the Voltes V pilots! We're loving the futuristic-looking costumes but also kind of miss the bright colors and, of course, huge Vs emblazoned on the OG anime outfits of brothers Steve, Big Bert, Little Jon, along with Mark Gordon and Jamie Robinson, a.k.a. the pilots in charge of "volting in" and controlling the huge robot.

GMA has been incredibly secretive about casting so the identity of the first character to drop on screen isn't sure—though we have a feeling this might just be one of the Armstrong brothers! Meanwhile, the whispers in comments point to actor Phytos Ramirez—who played Paopao in fantasy series Encantadia—could be the guy inside the helmet.

Needless to say, Pinoys came flooding in with their hopes, dreams, and opinions after the trailer droppped. For the most part, they just didn't want a huge part of their childhood wrecked by a bad adaptation—with many saying that the actual series should be able to live up to the epic hype of the teaser and trailer they've released so far. But we have reason to be optimistic!

The series director Mark Reyes has confirmed on social media that TOEI Animation, the landmark Japanese studio behind the original mecha anime, is involved in the series production, so to speak. While GMA's video graphic department works with Riot Inc., a post-production company, to handle the animation, TOEI is still in charge of final approval. GMA also reported that the live-action series was licensed by Toei Company, Ltd. through its Philippine-licensor Telesuccess Productions, Inc.

Voltes V, the OG anime, first aired in the Philippines in the '70s, along with a slew of other mecha titles such as Mazinger Z, Daimos, and more. Kids were obsessed with the show—and were left bereft when it was pulled off air a few episodes before the finale. We can't say for sure, but the hole it left in the hearts of '70s kids definitely made Voltes V an even bigger part of our culture than it already was, so fingers crossed this upcoming adaptation has us all yelling "Let's volt in!" once again.

Adventurer Savvy Gma Toei Animation Voltes V Nostalgia
Your Guide to Thriving in This Strange New World
Staying
In? What to watch, what to eat, and where to shop from home
OR
Heading
Out? What you need to know to stay safe when heading out