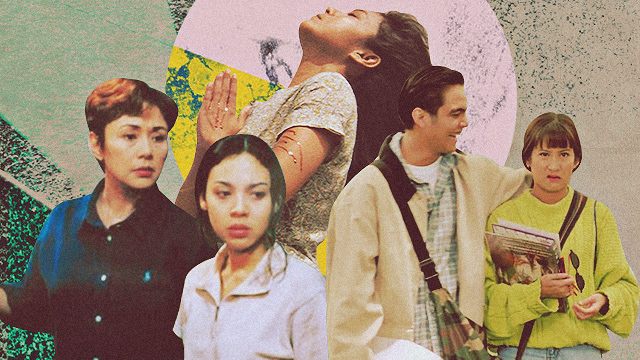 (SPOT.ph) Scriptwriter Ricardo "Ricky" Lee has one heck of an impressive slew of titles to his name, especially since his career spans nearly five whole decades now. From hard-hitting films like Himala (1982) to game-changing rom-coms like Labs Kita... Okey Ka Lang? (1998), it's clear Lee knows how to make a good story—and you can revisit some of his best films as 14 of them are now online on KTX.ph.

The 14 films are part of online film festival Sagip Pelikula: The Films of Ricky Lee on KTX hosted by ABS-CBN Film Restoration, right in time for Lee's birthday on March 19. The movies will only be available online until April 16, and each movie starts at P99.

"Looking at the list of [14] films they have lined up, gusto kong maiyak remembering how blessed I have been to be a part of this body of films," shared the celebrated scriptwriter on his Facebook page about the online festival. The varied selection crosses genres and decades, as well as awarded directors and more big figures of Philippine cinema. Lee then gave a shout-out to folks such as Lino Brocka, Ishmael Bernal, Marilou Diaz-Abaya, Mel Chionglo, Olive Lamasan, Chito Roño, Rory Quintos, Jerry Sineneng, Butch Perez, Cholo Laurel and their teams—all of whom he worked with to create the movies.

Check out the full list of Ricky Lee movies you can stream:

Adventurer Savvy Seasoned Ricky Lee Streaming Services Ktx.ph Abs-cbn Nostalgia Himala Jolina Magdangal Nora Aunor Vilma Santos Staying In
Your Guide to Thriving in This Strange New World
Staying
In? What to watch, what to eat, and where to shop from home
OR
Heading
Out? What you need to know to stay safe when heading out