Where to Stream Wonder Woman 1984 In the PH: HBO Go Official
Loading
Already a member? Log in
No account yet? Create Account
Spot.ph is your one-stop urban lifestyle guide to the best of Manila. 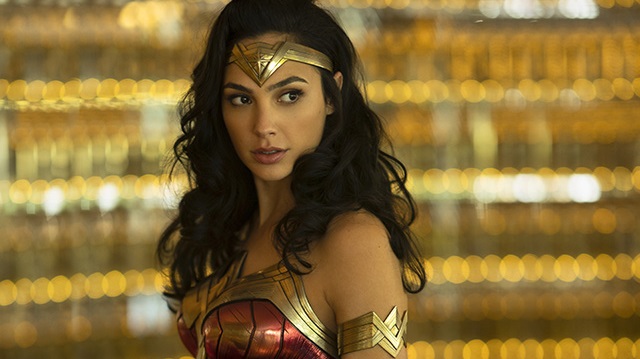 You Can Soon Legally Stream Wonder Woman 1984 in the PH

Yup, in all its legal glory.

(SPOT.ph) Finally. After months of waiting for Wonder Woman 1984 to make its way to Philippine shores, HBO Go has announced that the DC movie will land on the streaming platform this April! Yes, you read that right. If you are one of the goody two-shoes who managed to evade temptations for months, your patience will finally be rewarded. Check out the teaser for a quick refresher.

Mark your calendars for when the much-awaited Gal Gadot movie drops on Wednesday, April 21! The Philippine premiere for Wonder Woman 1984 will "only" be on HBO Go, noted the platform in their announcement. Officially speaking, of course.

What the Heck Is Wonder Woman 1984 About Again?

This DC Extended Universe blockbuster first dropped in theaters and HBO Max elsewhere in December 2020, so no judgment if you need a refresher. Director Patty Jenkins followed up her epic 2017 Wonder Woman with Diana Prince (Gadot) in the '80s, smackdab in the midst of the Cold War.

Aside from the general fun of seeing Wonder Woman own it in the colorful '80s, the movie takes us down a dangerous path for the superhero as she battles between what she needs and what she wants. And yes, Steve Trevor (Chris Pine) makes a comeback more than six decades after he supposedly dies. How? You'll have to watch it to find out! Also, Kristen Wiig plays an evil cheetah, we think.

"While the larger-than-life comic books characters that make up the blockbuster films of our day and age often seem untouchable, WW84 shows Diana at her most human—though her strength and abilities are on full display, so are her vulnerabilities," we wrote in our review of the film. DC has always been known for being dark, broody, and gritty (Read: the four-hour Snyder Cut). In this film though, Jenkins brings out the brightest aspects of the DC world, and it might just be the escape you need from this world.

Staying In Adventurer Savvy Hbo Go Dceu Gal Gadot Wonder Woman Patty Jenkins Streaming Services Ww84
Your Guide to Thriving in This Strange New World
Staying
In? What to watch, what to eat, and where to shop from home
OR
Heading
Out? What you need to know to stay safe when heading out