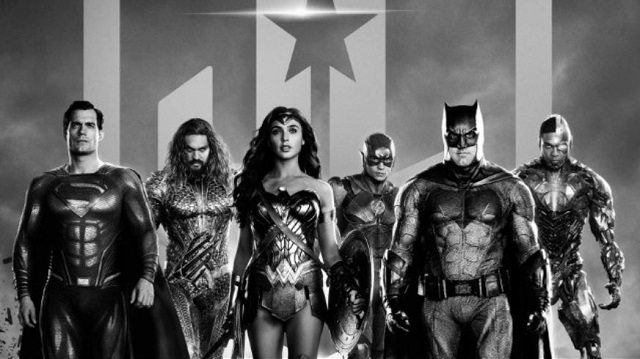 Yes, You Can Legally Stream Zack Snyder's Justice League in the PH

Emphasis on the "legally."

(SPOT.ph) Whatever you thought of the 2017 Justice League film, we know you can't wait to see it again—this time as OG director Zack Snyder intended it. The director's cut, or "Snyder Cut" as it's known, drops globally on streaming platform HBO Max on Thursday, March 18. Thing is, as all fans are painfully aware, HBO Max is not available here, but we'll let you in on not-so-little secret: Zack Snyder's Justice League drops on HBO GO on the same day as HBO Max! No need to fear the spoilers come March 18.

HBO GO gets exclusive rights to stream the much-awaited DC film across Asia. No news yet on whether indoor cinemas in Metro Manila will be open by then; national government authorities said they were good to go on March 5 but it's still ultimately up to the local units. So yup, your safest bet to catch the movie ASAP is on HBO GO.

For the uninitiated, the 2017 Justice League, which saw  Bruce Wayne (Ben Affleck) align forces with Diana Prince (Gal Gadot) and DC mains Aquaman (Jason Momoa), and The Flash (Ezra Miller), plus a resurrected Superman (Henry Cavill) to save the world, was originally directed by Snyder. He stepped down during production after a personal tragedy and Warner Brothers brought in Joss Whedon to finish the film.

The 2017 theatrical release bombed big time and fans have been campaigning since then to see Snyder's version. Whedon's version was a faster, more humorous take that many said glossed over real character development especially where Cyborg (Ray Fisher) is concerned.  What we do know for sure is that Snyder's version will be much longer—and darker—so it seems we'll finally see the League as they were originally intended.

Adventurer Savvy Hbo Go Streaming Services Justice League Dc Comics Dceu Staying In
Your Guide to Thriving in This Strange New World
Staying
In? What to watch, what to eat, and where to shop from home
OR
Heading
Out? What you need to know to stay safe when heading out