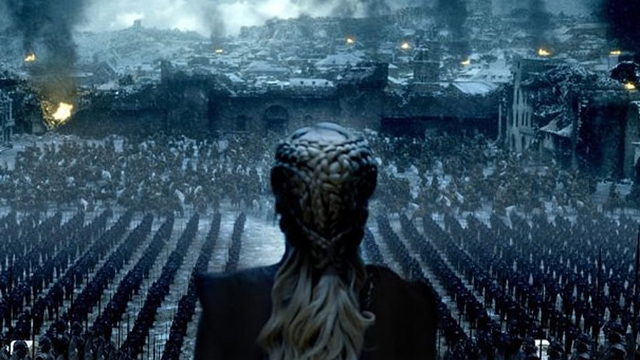 (SPOT.ph) House of the Dragon, one of the upcoming series stemming from the massive Game of Thrones series, is slated to drop in 2022 announced HBO. With how things went down with the OG, it may feel a bit too soon to come running back into its arms—but we have the lowdown below just for a little look-see. No need to commit again just yet. Time will heal all things. Hugs.

The prequel is now in production; it streams on HBO Max in 2022. A new official Twitter account also posted pics the cast doing a physically distanced table read and TBH, we're a little excited.

Is It Time to Get Your Hopes Up for House of the Dragon?

House of the Dragon is based on the lore of author George R.R. Martin, specifically the "Dance of the Dragons," a Targaryen civil war that took place in Westeros (Read: Dany's cray-cray family—not that there was a truly sane one in the series). The civil war was referenced in the books Fire and Blood and The World of Ice and Fire, plus recounted in novellas The Princess and the Queen and The Rogue Prince.

So right into the cast. Matt Smith, a.k.a. The Crown's Prince Philip in its first two seasons, will be taking on another royal role as Prince Daemon Targaryen, younger brother to King Viserys Targaryen (Paddy Considine). Emma D'Arcy will play his daughter, Princess Rhaenyra Targaryen. Meanwhile, Olivia Cooke will play Alicent Hightower who—possible spoiler!—becomes Viserys' second wife in the books.

There's no telling just what will happen in the prequel, much the same way things went, erm, down a different path in the OG series. Still, we sure could use a fantasy world to escape to right now. Pictures circulating online claim to be from the set of the new show, with Viserys and Rhaenya walking on the beach. Take a look:

Adventurer Savvy Seasoned Game Of Thrones Hbo Max Hbo Streaming Services House Of The Dragon
Your Guide to Thriving in This Strange New World
Staying
In? What to watch, what to eat, and where to shop from home
OR
Heading
Out? What you need to know to stay safe when heading out