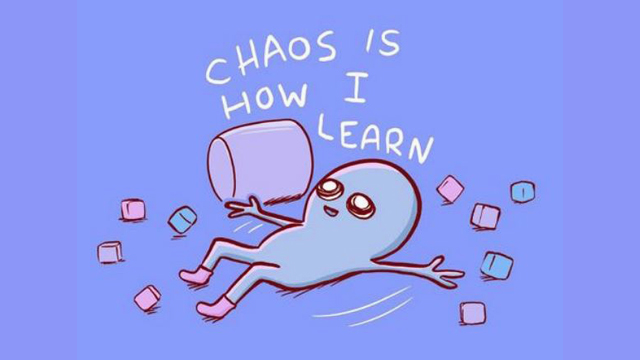 Now we're imagining a wild mash-up between Strange Planet and Rick and Morty.

(SPOT.ph) Get ready for cute, whimsical, and oddly straight-to-the-heart, most likely bittersweet content. The hugely popular Strange Planet comics will be adapted into an animated straight-to-streaming TV series! Apple TV+ has ordered a series with the strips' original creator, Nathan Pyle, and Dan Harmon (Rick and Morty, Community) on board as co-creators.

Here's what we know about the Strange Planet animated adapatation so far:

We know you've seen those funny aliens trying to figure out human life on your feed. And pretty soon, there will be a 10-episode series based on the comics ready to stream, according to the Hollywood Reporter. Amalia Levari, who co-wrote another whimsical cartoon series, Over the Garden Wall, has been named showrunner. So that's basically Community, Rick and Morty, and Over the Garden Wall, all meeting up to create Strange Planet. This is definitely going to live up to its name.

Strange Planet popped up in 2019 and pretty much took over the Internet almost immediately. The genderless aliens lifted up a mirror to how strange—and enjoyable—the world actually is, if you just take two steps back to admire the mundane. The series, which started as a webcomic, has since been turned into a graphic novel of the same name (and a New York Times bestseller at that) and already has a sequel entitled Stranger Planet. TBH, we can't wait to see how they'll turn these mostly one-off strips into a whole animated series!

Plus, it seems Pyle and Harmon have had some past connections. Everyone's fave Community character Abed (Danny Pudi) was once seen sporting a shirt from Pyle's clothes line Threadless on the show. Now, BRB while we go through the entire Strange Planet IG account all over again.

Adventurer Savvy Seasoned Apple Streaming Services Strange Planet Dan Harmon Nathan Pyle Staying In
Your Guide to Thriving in This Strange New World
Staying
In? What to watch, what to eat, and where to shop from home
OR
Heading
Out? What you need to know to stay safe when heading out