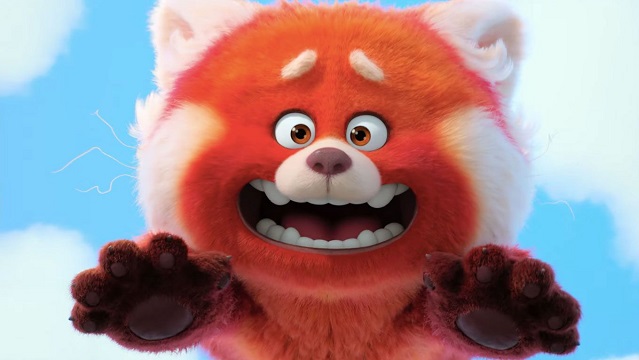 (SPOT.ph) Asians have a not-so-secret superpower: They can turn every possible shade of red in an instant (sometimes for no discernable reason). If you carry this power-slash-curse, then it looks like Pixar and Disney's upcoming movie is right up your alley! (Or if you just like great stories that are sure to hit you in the feels, then it's also for you). The animation powerhouse dropped a new trailer for Turning Red—and it takes the Asian glow literally. Check it out below:

Also read: Pixar’s Soul Feels Like a Bigger, More Grown-Up Inside Out

Here's everything we know about Pixar's Turning Red so far:

Oh yes, that was indeed Backstreet's Boy's 1999 hit "Larger Than Life." And yup, a giant, adorable red panda. We honestly don't know which one shocked us more.

Turning Red is directed by Domee Shi, the same person who directed the 2018 Pixar short Bao (which won her an Oscar, BTW). At the center of Turning Red is the 13-year-old Mei Lee (voiced by Rosalie Chiang) who—as the trailer hilariously shows—magically poofs into a massive red panda when her emotions get way too much. Such as when your mom picks a fight with the school guard in view of your entire class. We totally get it, Mei Lee.

And speaking of Mei Lee's overprotective mom Ming, she will be voiced by Sandra Oh! As in that awesome Grey's Anatomy, Killing Eve Sandra Oh. It makes sense that Ming would want to protect her daughter-slash-red-panda, but it looks like she might just be the reason for the unwanted transformations.

Disney has also released the official poster! Yup, somewhere in that incredibly stressed-out giant red panda is Mei Lee. No word yet on how it will be out in the Philippines but it is slated for a March 2022 release.

Adventurer Savvy Seasoned Pixar Disney Staying In Sandra Oh
Your Guide to Thriving in This Strange New World
Staying
In? What to watch, what to eat, and where to shop from home
OR
Heading
Out? What you need to know to stay safe when heading out