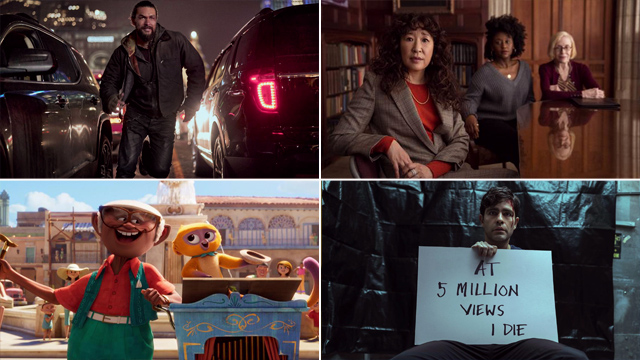 A Paris Hilton cooking show? You have our attention.

(SPOT.ph) You may want to sit down for this. The "Ber" months are coming. Yup, August is next month—which means September is right around the corner (and so is Jose Mari Chan). Time moving too fast? We feel you. But hey, here's a small bright spot to look forward to: Netflix is dropping binge-worthy titles in August! Mark your calendars for these exciting drops.

Put these 10 exciting titles on your Netflix Philippines watch list this August 2021:

It's the 2000s all over again and we are living for it. We're about to find out if Paris Hilton, queen of "hot," can cook via her very own show. Netflix called this series a "unique" one in their official synopsis—we guess it's up to you to decide what they mean by it. TBH, we just hope she repeats her unforgettable iron moment from The Simple Life.

Lin-Manuel Miranda is back—and this time he's voicing a honey bear on a quest for his best friend, a human named Andrés. Vivo, a kinkajou, teams up with offbeat tween Gabi to deliver a message to Andrés' lost love, with lots of original music courtesy of the Hamilton creator to accompany this wholesome adventure.

This teen trilogy is officially coming to a close. It is their last year of high school and Elle (Joey King) must now choose whether to go with her boyfriend or her best friend to their college of choice—or you know, actually do what she wants as any woman should be able to. Look, it's problematic, yes, but are we still going to watch it for all the cheesy fun? Most likely.

Sandra Oh stars as Dr. Ji Yoon Kim, the first woman to stand, er, sit, as Chair of the English department at prestigious Pembroke University—and one of color at that. Cue a very unique set of challenges as she sets out to prove herself. And it looks like a scandalous, misbehaving prof might make things even harder for her.

Jerrold Tarog's R-18 thriller is coming to spice up your Netflix-and-chill nights. Iza Calzado stars as Jane, an actor who suffers a freak accident while on set. While in recovery, the lines between fiction and reality begin to blur.

If you still haven't seen this acclaimed documentary, then you're officially out of excuses. This Baby Ruth Villarama feature focuses on the lives of domestic workers in Hong Kong—and the beauty pageant that is one of their few bright spots.

Jason Momoa as a family man on the path of revenge? Sign us up. We need the adrenaline-filled pick-me-up. Momoa stars as Ray Cooper, a man who winds up on a dangerous path while seeking the truth behind his wife's death from cancer. His search for justice lands him and his daughter Rachel (Isabela Merced) in harm's way. The enemy? Two words, folks: Big Pharma.

This multi-perspective thriller will keep you guessing as to who is Nick Brewer, really (The pilosopo answer would be actor Adrian Grenier, but we digress). It's incredibly easy to fake several entire identities but it looks like at least one version of Brewer has really managed to piss someone off.

Looking for a feel-good series to relax your brain cells? This adorable romance between a friendly handyman and a no-nonsense dentist looking for a fresh start—set in a picturesque seaside village, of course—will have your brain cells doing a happy two-step (or a full on cha-cha-cha).

Nothing more satisfying than seeing a stranger's life get cleaned up by Marie Kondo on your screen—it might even be enough to get us fixing up our lives, too. Kondo is back, and this time she's cleaning up more than houses! In this new series, she will also be helping businesses get their shit together—some wholesome motivational content we need right now.

Adventurer Savvy Seasoned Marie Kondo Netflix Streaming Services Kissing Booth 3 Paris Hilton Jason Momoa Clickbait Sweet Girl Staying In
Your Guide to Thriving in This Strange New World
Staying
In? What to watch, what to eat, and where to shop from home
OR
Heading
Out? What you need to know to stay safe when heading out