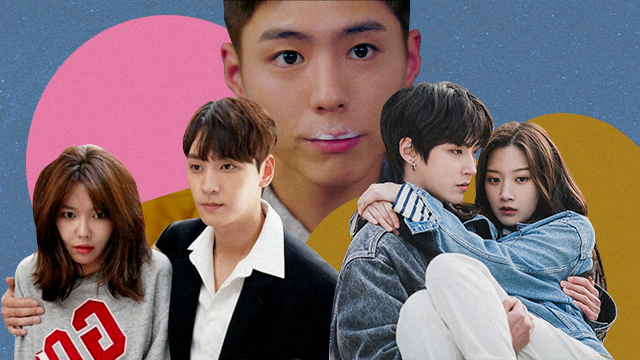 Take a breather with these fun series.

(SPOT.ph) Need to take a breather? We feel you. If your brain cells have maxed out and you're due for a zero-stress binge-watch, we round up a few K-Dramas that may have slipped under your radar! Whether you’re a certified Hallyu expert or just about to dip your toes in, these lighthearted titles are sure to have you at lower stress levels than usual.

Don’t let these 10 feel-good K-Dramas slip under your radar:

Move over, Ghost, this shaving scene has it all. Kang Seo Jin (Ko Won Hee), the lady with the excellent facial chair, lives with her brother Kang Dong Gu (Kim Jung Hyun) in a guest house called “Waikiki” in Itaewon. Dong Gu is an unlucky guy who dreams of becoming a director; he opened up the guesthouse along with two other wacky guys, an aspiring actor and a freelance writer, in order to earn money to produce a movie. Cue a very colorful inn with even more colorful guests and yup, operators!

Where to stream: iQiyi

Na Young Won (Jung So Min) is the editor of Monthly House magazine—but isn’t actually a homeowner herself (despite having worked for around 10 years). Relatable content right there. Sparks of the non-romantic type fly when she crosses paths with the magazine’s CEO Yoo Ja Sung (Kim Ji Suk), a practical guy who only sees houses as real estate assets meant to be invested in.

If slow-burn romances are your thing, then we may have just found the slowest burn of them all! Kyung Woo Yeon (Shin Ye Eun) and Lee Soo (Ong Seong Wu) have known each other for 10 years, having met when they were just teenagers—and thanks to a long series of misunderstandings, missed chances and opportunities, have never been able to take their relationship further.

Because This Is My First Life

Who doesn’t love a good co-habitation romance? Writer Yoon Ji Ho (Jung So Min) finds herself without a home, she ends up becoming the roommate of IT expert (but social non-expert) Nam Se Hee (Lee Min Ki). We’re sure you’ve seen the trope of opposite-sex people accidentally ending up as roommates and then end up being, but this drama goes deeper! Both Ji Ho and Se Hee are thirty-somethings who prove that you can always find purpose later in life.

High school student Lim Ju Kyung (Moon Ga Young) has been bullied for her looks all her life. When she masters the power of makeup right before entering a new school though, she quickly climbs up the  social ladder with her new looks—all while scared her new peers will find her secret out. Enter the mysterious Lee Su Ho (Cha Eun Woo) who recognizes her even without makeup and his estranged friend Han Seo Jun (Hwang In Youp), two boys who become her friends.

Three 30-something-year-old women are the best of friends just trying to make it through life, each one with their own different path. Jin Joo (Chun Woo Hee) is a writer currently working on a 16-episode series with a prickly director, Eun Jung (Jeon Yeo Bin) is a successful documentary filmmaker whose fiancé passed from cancer, Han Joo (Han Ji Eun) is a single mom and marketing executive. Hilarity ensues when they all somehow end up entangled in the making of Jin Joo’s show.

So I Married the Anti-Fan

Where to stream: iQiyi

Nothing better than an enemies-to-lovers story! Lee Geun Yong (Choi Soo Young) is a disgraced journalist who ends up becoming known as the “anti-fan” of global superstar Hoo Joon (Choi Tae Joon). She ends up in a TV show where she lives with Joo Hoon, whose rude exterior hides inner pain, in a bid to keep from going broke and hopefully, expose him for the ass she thinks he is. Only, of course things go the opposite way!

So Not Worth It

Strictly speaking, this is Netflix’s first Korean sitcom and not a drama but it’s definitely worth checking out for a fun watch! An ensemble cast of characters from all kinds of backgrounds—the strict advisor, K-Drama addicted Thai student, straitlaced Swedish student, and more—all coming together at a Seoul college dormitory.

Park Bo Gum and Park So Dam as a couple? Record of Youth makes it happen! In this low-key drama, the two play young people trying to find their way in life. Sa Hye Jun (Bo Gum) is a model who wants to become an actor while his girlfriend Ahn Jeong Ha works at a beauty salon with dreams of opening up her own, all while being Hye Jun’s number-one fan girl. This series is easy on the comedy and dives deeper into a truly relatable story.

Arguably the most popular installment of the Reply series, Reply 1988 takes us on a wild ride that is all about friendship and family! Lee Hye Ri stars as the hilarious Sung Duk Seon, the middle child of a large family who goes through all sorts of adventures with her friends in a small town. This nostalgic series has something of a cult following thanks to its poignant stories, and if you’re sad about it leaving Netflix this September, don’t worry because you can also stream it on Viu!

Adventurer Savvy K-drama Netflix Viu Iqiyi Streaming Services Reply 1988 Record Of Youth So Not Worth It So I Married The Anti-fan Be Melodramatic True Beauty Because This Is My First Life More Than Friends Monthly Magazine Home Welcome To Waikiki Greener
Your Guide to Thriving in This Strange New World
Staying
In? What to watch, what to eat, and where to shop from home
OR
Heading
Out? What you need to know to stay safe when heading out