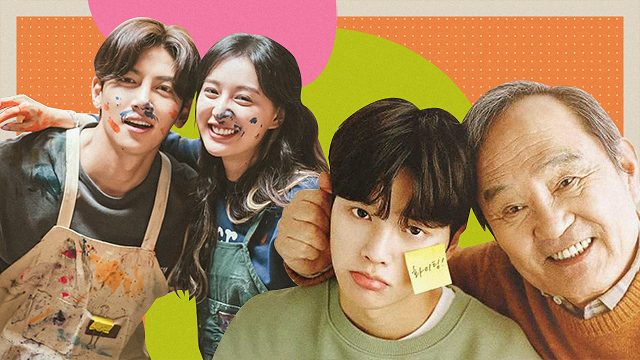 10 New Underrated K-Dramas to Watch, According to Total Running Time

So you know how deep your commitment will go.

(SPOT.ph) Remember when K-Dramas were still called Koreanovelas? My, how the times have changed. In case you need an update on what kind of shows South Korea is gifting us with as of late or are running out of titles to stream, we round up some of the newest—and under-appreciated—series to put on your watch-list!

We know you’ve seen Vincenzo, CLOY, It’s Okay to Not Be Okay, and others, but trust us when we say there are more equally worthy titles from 2020 and 2021. And to make choosing even easier, we listed them down from the longest to shortest run times, just so you can gauge what level of commitment is necessary.

Also read:
10 Underrated K-Drama Gems That Deserve to Be on Your Watch List
10 K-Dramas to Stream Right Now, According to Spotters

Get ready to commit to these 10 new underrated Kdramas you can stream:

Gist: This quirky high-school series centers around a young girl who, after being bullied for supposedly being “ugly,” learns to use the power of makeup to transform into something deemed more acceptable by society. She then crosses paths with the school’s popular guy (who somehow is able to see through her "disguise") and a chaotic love story ensues.

Number of episodes: 16
Usual length per episode: 70 minutes
Total running time: 1,120 minutes or around 18 and a half hours
Where to stream: Viu

Gist: Hold on to your brain cells for this psychological thriller. Two detectives—one who just wants to lead a quiet life and another aiming to climb the career ladder—are assigned to an unexpected murder case in a small city. Only it looks like both of them are hiding dark secrets related to what’s been going down.

Number of episodes: 16
Usual length per episode: 70 minutes
Total running time: 1,120 minutes or around 18 and a half hours
Where to stream: Netflix

Gist: If you’re running low on romantic content to warm your cold heart, then put this on your watch-list. This one follows the love story between a quiet sprinter-turned-aspiring-sports agent and a feisty translator that he ends up working with.

Number of episodes: 16
Usual length per episode: 70 minutes
Total running time: 1,120 minutes or around 18 and a half hours
Where to stream: Netflix

Gist: A woman who passed away five years ago—and now wanders around as a ghost following her daughter as she grows up—gets another chance at life, literally. She is given 49 days as a human being to return to her old life. If she succeeds, she gets to stay. If not—well, just prepare your hearts for this one.

Number of episodes: 16
Usual length per episode: 64 minutes
Total running time: 1,040 minutes or a little more than 17 hours
Where to stream: Netflix, Viu

Gist: Prepare to get addicted. This thrilling series centers on two detectives, a hardened and intuitive veteran born and raised in Incheon, where the story takes place, and a younger, troubled one who relies more on unravelling the criminal’s psyche. And yes, a second season has been confirmed! So no need to worry if you get addicted.

Number of episodes: 16
Usual length per episode: 60 minutes
Total running time: 960 minutes or around 16 hours
Where to stream: Netflix

Gist: A former heiress and piano prodigy finds herself down on her luck at La La Land, a piano institute in a strange small town. There, the happy-go-lucky pianist meets a stoic but warm-hearted part-timer and makes connections with several other characters in town—all of whom have incredibly rich stories of their own to tell.

Number of episodes: 12
Usual length per episode: 65 minutes
Total running time: 780 minutes or around 13 hours
Where to stream: Netflix

Gist: A 23-year-old and a 70-year-old with the same dream cross paths. Their goal? Become a ballerino. Though they may be at very different points in their lives, the two end up making that kind of connection that is all too rare outside of the silver screen.

Number of episodes: 12
Usual length per episode: 60 minutes
Total running time: Quick maths! Twelve hours or half a day. Still not short enough to binge-watch the whole first season, though. No, this is not a challenge.
Where to stream: Viu

Gist: A tenacious detective is somehow able to move between parallel universes: one where the love of his life was murdered by a serial killer and another in which there is still a chance to save her. There’s world-jumping, romance, mystery, action, and way more than enough to keep your heart racing throughout.

Number of episodes: 12
Usual length per episode: 52 minutes
Total running time: 624 minutes or around 10 and a half hours. Looks like we’ve crossed over to binge-able territory.
Where to stream: Netflix

Gist: A young woman with face blindness disorder—meaning that she can’t identify people based on their facial features—starts using an AI program called Holo, which happens to take the shape of its developer. Said developer then begins to fall in love with her, resulting in a very strange love triangle.

Number of episodes: 17
Usual length per episode: 30 minutes
Total running time: 510 minutes or around eight and a half hours
Where to stream: Netflix

Gist: A faux-interview style take on the love stories of six very different individuals living in a fast-paced city. From a “serial dater” gym teacher to a freelance marketer, and more. Light and poignant, this series makes for the perfect low-commitment watch.

Adventurer Savvy Netflix Viu Streaming Services The Good Detective Beyond Evil True Beauty Run On Hi Bye Mama Do Do Sol Sol La La Sol Navillera Train My Holo Love Lovestruck In The City Staying In
Your Guide to Thriving in This Strange New World
Staying
In? What to watch, what to eat, and where to shop from home
OR
Heading
Out? What you need to know to stay safe when heading out